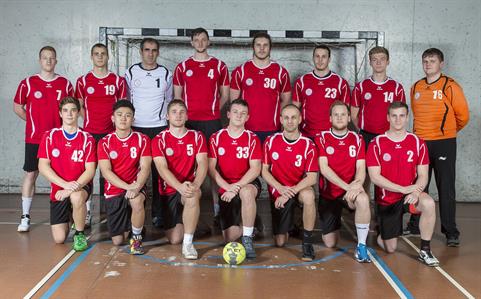 After winning the Super 8 League over London GD two weeks ago, Warrington Wolves will once more meet GD, when they play for the England Handball Association Men’s National Cup title this Saturday at Cooper Box Arena.

Only two points separated the teams after 14 rounds of an intense competition in Super 8. Wolves coach Bill Baillie talked about the championship. “Two things were the main difference, we have a young team, (average age 23) and we have more training hours than the other teams (3 times per week) with 8 of our 19 man squad also training with the youth national teams and regional academies”.

Coach Baillie shared his thoughts on this Saturday’s final. “The games against London GD are always difficult and I would not expect this one to be any different, they are hurting and we have won the last three games against them (two times in London) so they will be dangerous”.

On GD’s side, coach Juan Carrasco stated that his team has recovered from the loss and is ready for another match against Warrington. “All the guys are very excited about the opportunity to take the Cup back home. We have done it in the past”.

On the same day, the Women’s EHA Cup Final takes place at Cooper Box Arena. London GD and Coventry will play for the title.