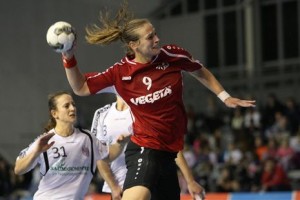 The Croatian champions has won back their national title from Lokomotiva Zagereb and are directly qualified to the group phase.

Podravka has a team based mostly on Croatian young players, only exception is Montenegrin Mirjana Milenkovic in the goal.

Last year they did not manage to go far away they stopped at the groups, this season’s perspectives are not much better either.

Some of the most important players left the club and new young unexperienced players has joined the team.

“We intend to be a respectable and strong opponent to all the other teams and hope to advance as far as possible.

“All the opponents are national champions in strong leagues, they are all reputable teams with high-quality players. I strongly believe that all the matches in this group will be engaging, unpredictable and interesting.”