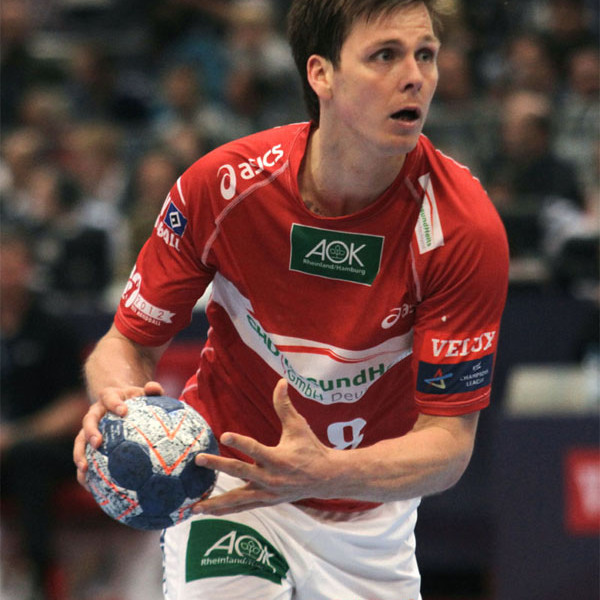 After securing a spot in the DKB Handball-Bundesliga for a club-record third straight year last season rather easily, the Bergischer HC has struggled so far in the current campaign and after a blow-out loss at Wetzlar last weekend, the team missed out on a chance to beat a solid HSV Hamburg on Saturday in Wuppertal.

The North Germans took home both points with a 29:27 (16:12) win, but were lucky to escape with the victory. In an average game the BHC started well leading 4:3, but after a stupid foul by line-player Max Weiß and the first suspension of the game against the home side, the guests started to take over slowly.

Danish winger Hans Lindberg gave his club the first lead (5:4, 6.) converting a penalty shot, as the hosts suffered the remainder of the game, especially on offense, hardly creating good scoring chances. It looked like they had caught a huge break early on, when HSV keeper Johannes Bitter was sent off for hitting right-wing Arnor Gunnarsson after leaving his goal area on a fast break.

But the Bergisch lions didn’t put enough pressure on the HSV offense to cause turnovers and get into a fast transition game and especially Danish playmaker Allan Damgaard proved to be too fast for his opponents setting up his teammates over and over again. At the half the guests looked in command with a 16:12 lead.

It’s hard to explain how the hosts almost came back to win the game when Austrian veteran Viktor Szilagyi cut the deficit to one (25:26) with a little less than three minutes to go. But when he got back up he pushed away defensive stalwart Matthias Flohr, who applied for a role in a Hollywood movie and the referees sent off the BHC captain with a direct red card. It killed the momentum shift, Hamburg scored on the following possession and even though the crowd was back into it, it was too little too late for the hosts to get back on the winning track.

It won’t be easy for the sky-blue to collect points in their next game as well, as they travel to Kassel to face red-hot MT Melsungen. Hamburg, however, will face an ever tougher challenge, hosting the league leading Rhein-Neckar Löwen. While Alexander Oelze (10/2) led his side in scoring, the HSV relied mostly on Hans Lindberg (10/6) once again.

Magdeburg steals point against Melsungen
Inside HBL: Andreas Wolff is the next “Hexer”