Inside HBL: Andreas Wolff is the next “Hexer” 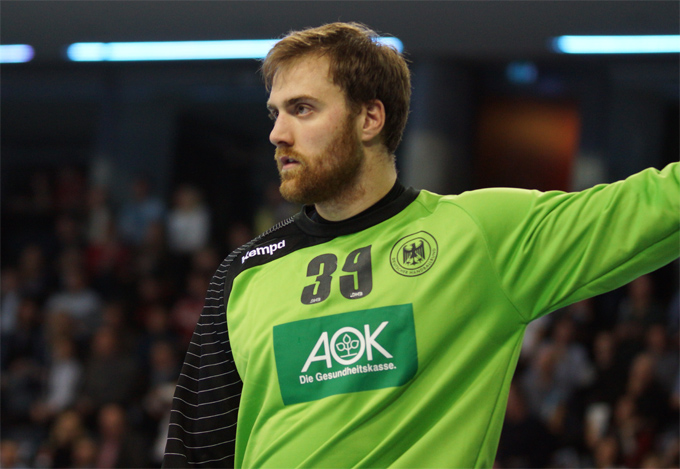 Inside HBL: Andreas Wolff is the next “Hexer”

Especially during the 1980s one goalkeeper dominated the world of handball, often demoralizing the opposing shooters with his stunning reflexes. Andreas Thiel was a cornerstone of the mighty VfL Gummersbach, winning the German championship five times and the European Cup twice. He also was named Germany’s handball player of the year a record seven times. His nickname was “Der Hexer”, the warlock.

Although the German goalkeeper school produced a lot of talent to fill his shoes, for example Henning Fritz, who played for SC Magdeburg and THW Kiel, winning numerous titles and personal awards, a new name is establishing himself is the next big deal. Andreas Wolff is currently playing for HSG Wetzlar, a club located in the very center of Germany, most of the times ending up somewhere between 8th and 12th in the standings.

This year everything seems to be different, in large parts thanks to the outstanding play of Wolff. Already last season he played well enough to convince Germany coach Dagur Sigurdsson to call him for the World Championship in Qatar. However, he was the only player of the team who didn’t play a single minute. But he learned his lesson, soaked in the experience and stayed calm. Being a teammate of another legendary keeper for the last two years, Jose Javier Hombrados, definitely helped in that regard.

“Javier is one of the finest persons I ever met. He became a great friend and I learned a lot from him. He especially told me to calm down a bit more and be less emotional. I think it helped me a lot.” Two weeks ago, when his club hosted the Bergischer HC, he conceded just eight goals in the first 41 minutes of the game. His coach Kai Wandschneider then took him off as his team led by 13, and the fans rose for a standing ovation.

While Wetzlar is taking profit of his stellar play at the moment, the club knows that it’s almost impossible to keep Wolff on the long term. “There’s a limit of what we can achieve here in Wetzlar with the structure we have, but we are proud to develop young players and happy to see when they are successful at bigger clubs”, says Wandschneider. It’s quite easy to guess that Wolff will be the next big talent to leave the club and he has already taken a decision. “I think be the end of the year everybody will know, but I made up my mind.”

Rumors around the league suggest that he will join Danish keeper Niklas Landin in Kiel next summer and challenge him for the number one job between the pipes. Should Wolff continue his impressive development, then Landin could end up on the bench more often than he might imagine at the moment. The same goes for Carsten Lichtlein of Gummersbach and Berlin’s Silvio Heinevetter when it comes to the national team. As the EURO 2016 is getting closer and closer, Wolff’s chances of being the starting goalkeeper are rising with every game he plays.