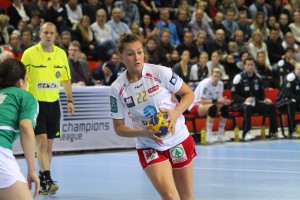 On Friday three matches from the third round of the Champions League women were playes, two in group A and one match on group D.

Larvik gave no options for hosts from Ljubljana, and after a half played, they already decided the game.Norwegians were better in every segments of the game, so the result is not a surprise.

Close, balanced game as Baia Mare was willing to keep the two poinths home, as they needed it, on the other hand debutants from Rostov has thought marching as they started in the previous two rounds. 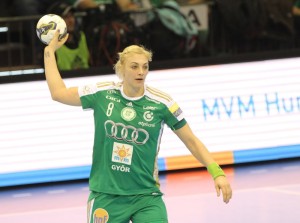 The result shows a close game, but the reality was that Baia Mare never managed to take the lead, Rostov was in control during the match, Jan Leslie’s team building their game on good defense, Katrine Lunde in the goal , quick attacks, and even quicker returns.

Ilina is the new star of the team, making herself and her teammates very good and effective, as Anna Sen yesterday netting five for Russians.

Baia Mare has a good coordinator in Allison Pineau, but the team seems to still struggle in having a cohesive play both offensive and defensive.

The two teams were counted as the ones will fight to the third position in theis group, which still gives a Main Round qualification. This match has brought a big surprise, as Savehof with their quiet young squad managed to run over the Polish champion in their own home.

Handball can be unpredictable many times, but this result could predict a Swedish qualification to the Main Round.

Victory without excitment for title holders in Bucuresti, where one of the debutants still is in the process to put together their team. Kim Rasmussen tried to motivate his team, but Buducnost had an answer every time, Neagu and Bulatovic still are unstoppable, their agressive defense is like a wall and they controlled the game in sixty minutes.