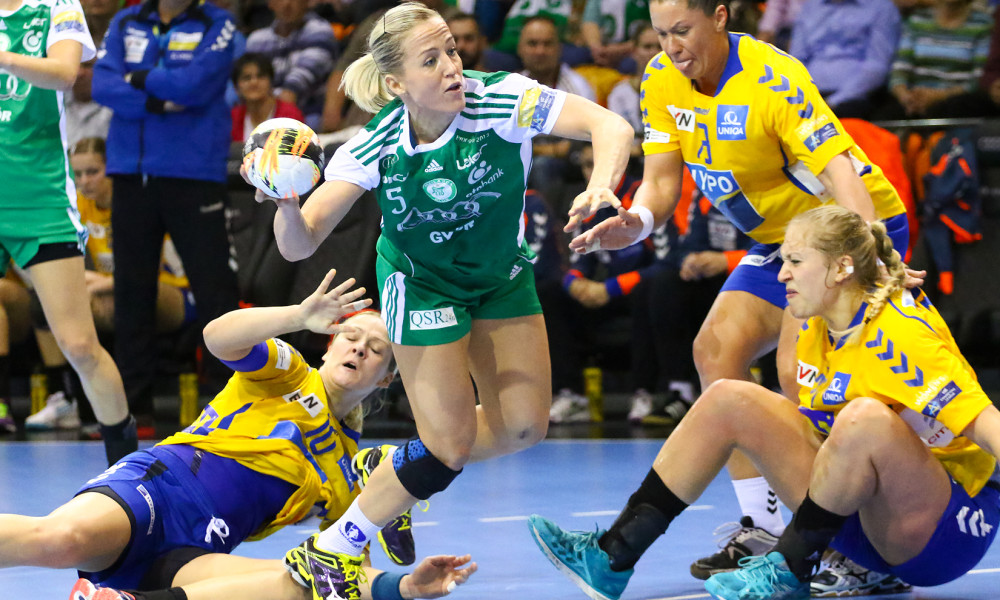 Baia Mare led by Pineau made a good match, was in advantage after the first half due to a high peforming Paula Ungureanu in the goal and backplayer Pineau scoring six of six in the first half.

The match was exciting, balanced, both teams could have win the two points, but hosts had the luck to keep their points with Anna Sedoykina in the gola helping her team and Managarova with another good match, scoring six.

Rostov is qualified to the Main Round.

Larvik HK started this game without Sandra Toft (ill since last weekend, due to an allergical reaction) and Nora Mörk with a minor injury in her ankle. After five minutes in the game Anja Edin got injured and had to seat on the bench (she just came bacj after an injury).

Larvik had some problems in the first quarter with Slovenians, Krim managed to lead 5-7, 8-9, 13 – 15 against a weakened Larvik team.

Than hosts won the first half 17-15, afterwards they never let Krim into the game again. Kurtovic, Thea Mörk and Gro Hammerseng scored fro Larvik, Slovenian side was kept in game by Omoregie and Tamara Mavsar. 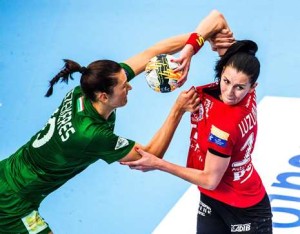 Hungarian champions defeated German champion without making some extra effort during the match and every player of the team got playing minutes THC still without some important players, Snelder and Krause are  injured, Buceschi had a weak performance today, only Luzumova and Engel could match the Hungarian defence. With this victory FTC is the leader of the group, undefeated. 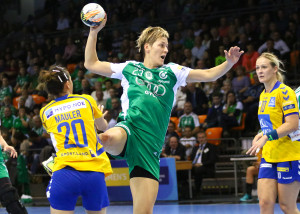 Győr played ot Hypo from the Audi Arena in an impressioning manner, presenting the plat what both fans and they have expected from themselves.

During the week Győr was defeated in the domestic league by their biggest rivals from FTC, and the team of Ambros Martín had a difficult task, to make a good game in front of their fans, to collect the two points and to regain  the selfconfidence, they will surely need for the next two group  matches against Vardar and FCM.

FC Midtjylland made a good first half, they had the lead some periods and showed a good handball, being worthy opponents to the Vardar stars.

Sabine Englert had been injured in the beginning of the match, so Serbian Ana Vojcic had replaced her in the goal.

The second half has brought a totally blackout from the Danish side, especially in the offensive play, they managed to score only four goals, during the thirty minutes, this fact deciding the final result of this encounter, which was considered before staring, like a big clash.

These results made clear that Vardar, Győr and FCM will qualify to the Main Round, as predicted. 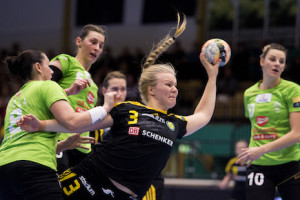 Swedish youngsters had defeated Lublin for the second time in this group round, making clear that they have a place among the best twelve teams of Europe.

In a close encounter lead by Eriksson and goalkepeer Johanna Bundsen, IK Savehof kept the two points home, Lublin is out of the game.

The last match of the round has brought a sharp clash between title holders and debutants from Romania.

Despite the fact that hosts have tried to use all possible resources to keep the points home, Bucuresti seemed to manage well the pressure and lead by Gulldén and Grubisic (in the second half) they earned a pretious point, which can be usefull in the next stages,