Finish of the group stage in women Champions League 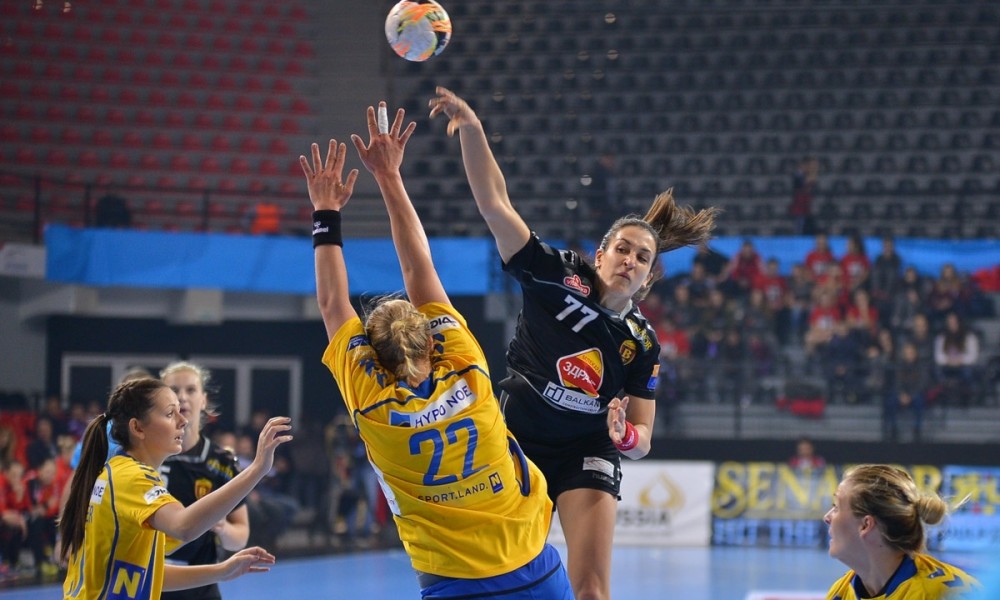 Finish of the group stage in women Champions League

Larvik HK had back their injured player: Nora Mörk, Amanda Kurtovic, Tine Stange and managed to get the victory after a close first half. Sandra Toft had a remarkable performance in the goal, Nora Mörk netted eleven times, forcing headcoach Rosca to change Ungureanu with Munteanu in the Romanian goal.

Baia Mare had not had on today’s match a real leader and they definitely hadn’t  had any good help from the bench either. Players like Elisei and Nascimento were watching the match from the bench during longer periods of the game, Pineau was used mostly in defense, meanwhile Tor Odvar Moen kept in fire all those player who are able to decide the match, like Nora Mörk, Sandra Toft, Amanda Kurtovic, Karoline D.Breivang or Sanna Solberg.

Larvik kept the two points of victory home and the Norwegian team will advance to the next stage with four points, meanwhile Baia Mare is also qualified, but with zero points.

Vardar had serious problems in the first half of the match, where Hypo was chasing the Macedonians, Lekic and company could not find the rhythm of the play. In the second part Hypo came out even stronger from the locker rooms, but Vardar just pulled the team together and the play started to work, Lekic, Penezic and Radicevic steped forward as leaders and Vardar as favourites won the game.

Before the match Helle Thomsen, headcoach of FCM meant that Győr is a stronger team than hers, but the picture of the first half did not show the fact. Győr was only a shadow of themselves, could not present a working defense or attack, and FCM took advantage of this, leading before the break by 12-10. Sabine Englert had a great performance again and Danes side was as fast as we knew they could be.

Győr continued the weak play inn the second half also, and hosts had already an advantage of six goals 17-11. Than Ambros Martín changed the defense, Yvette Broch showed a good performance in an offensive defense and Győr scored seven times, without receiving any goals. Thirteen minutes without scoring for FCM meant that Győr took the control over the game and turned the result from 18 – 13 to 18 –  20.

The dying minutes has brought a close fight, when hosts equalized, than Görbicz scored for the lead 21 – 22, but in the last ten seconds hosts managed quickly to net by Jörgensen and keep a point home.

Budsucnost was struggeling in the first half of the match in Moraca hallen which was not very crowded for this match, and only due to Neagu and Bulatovic they managed to call, themselves matchwinners after the final whistle. Lublin played their last match in the CL in this season, showing extra motivation.

Champions League: results of round five
Tor Odvar Moen: “We are on right track…”