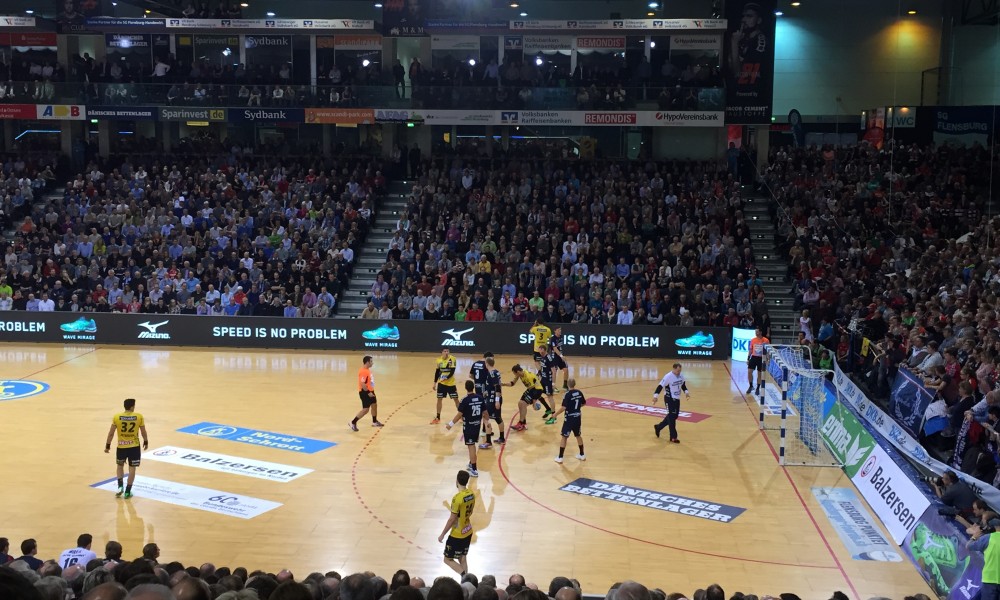 Andy Schmid spoke to Timeout Magazine after he led the Rhein-Neckar Löwen to a very impressive away-win at the SG Flensburg-Handewitt yesterday. The Swiss playmaker doesn’t take the win for granted at all, but he also doesn’t want to overestimate it.

Timeout Magazine: Congratulations to a very important away-win, we’re a bit stunned because we didn’t expect a result like this at all..

Andy Schmid: Well, we neither. We played an almost perfect first half and then took a huge lead into the break. We hardly played that well before. We didn’t allow fast-breaks in the first half and made only a few mistakes. In the second half they got closer again, Flensburg tried a very offensive defense. But at some point we found solutions to that and we just took the two points home.

Timeout Magazine: Did you have the feeling that the game could slip out of your hands in the second half because Flensburg played much better?

Andy Schmid: Yeah, I had that feeling, especially if they could cut the deficit to two or even one, because the fans got louder and louder, but we knew it was going to be tough, because it wasn’t going to be a walk-over in the second half. In the end it matters most that we won the game.

Timeout Magazine: It was impressive how your 6:0-defense played again today. Were you surprised that your coach opted for that formation?

Andy Schmid: No, we have a lot of options and usually he makes the right choice. I’m not playing defense that often anyway, so I’m quite happy he just knows what he’s doing.

Timeout Magazine: What does this win mean for your title ambitions?

Andy Schmid: Nothing, it was just a very important win. The points are ours now. Sure, it was important to make a mark, but the title is too far away to talk about it.

Anders Eggert: “We just made too many mistakes”
HBL Roundup: Week 16