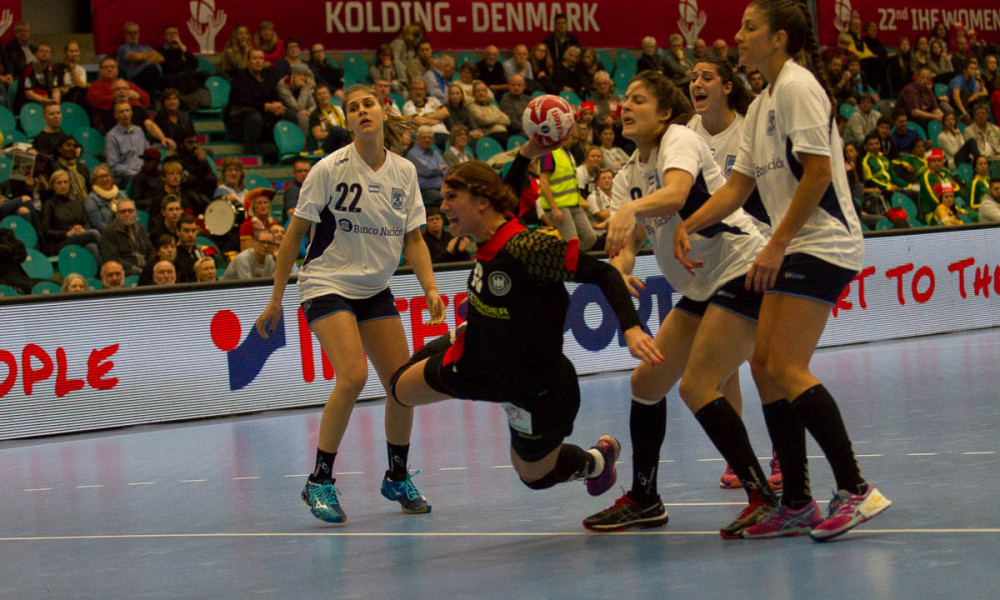 After a horrible outing in the first game against France, losing by ten goals (20:30), the German national team showed signs of hope, beating Argentina by a final score of 33:13 (17:8). However, the South Americans made a lot of mistakes, which allowed the former World Champion to cruise to a very easy victory.

Right from the start the Germans took profit of the poor shooting quality of Argentina and goalkeeper Katja Kramarczyk made a lot of easy saves. Some led to fast-breaks, which especially right-wing Alexandra Mazzucco was able to convert early on. Turnovers cost the blue and white as well, because Germany seemed to be extra-hungry for goals. 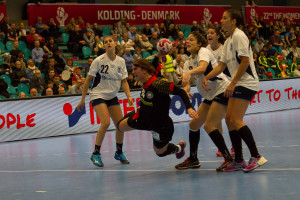 Julia Behnke in action against Argentina

The game was already decided mid-way through the first period, when the team of Danish coach Jakob Vestergaard, was leading by eight (10:2). The underdog was hardly able to pressure the German defense in order to score some more goals, but a lot of substitutions by Vestergaard caused a little confusion at times and Argentina almost reached double digits by half-time.

Star right-back Susann Müller was able to rest for the entire second half and only came on to shoot the penalties. Her back-up, Anne Hubinger, was happy about some playing time, but pointed out that it’s “just a win and we can’t start to celebrate now. We made less mistakes than against France and were able to push our confidence a little bit.”

The German team will face defending champion Brazil at 20:30 CET later today in a crucial game to avoid finishing fourth in the group, which would, right now, cause a re-match with Russia. In the two play-off games in June Germany lost twice against one of the leading nations in women’s handball. But before thinking that far ahead Brazil will be high hurdle to overcome.

Kolding: German victory for selfconfidence
Decision Regarding Video Proof Technology or Where The Ball Is???????????