Alma Hasanic (MNE): “My dream is the gold medal…” 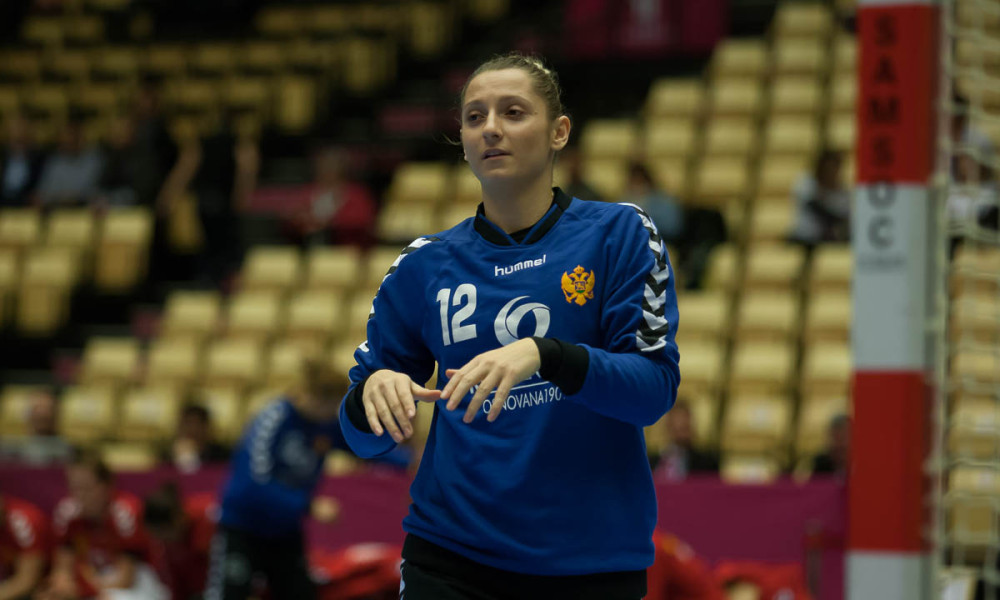 Alma Hasanic (MNE): “My dream is the gold medal…”

Alma Hasanic is a Bosnian born ex-Norwegian goalkeeper, born in Bosnia-Hertzegovina, with a mother from Montenegro .She was member of the Norwegian national team earlier, played several times in the Norwegian  B-team and had waited for some long years to get the chance to play with the Norwegian flag on her shirt. She came to Norway as a child and literally has grown up as a Norwegian.

Presently she plays in Larvik HK, where she gained a lot of experience against strong European teams and players, last years she played in F4 in Budapest the final of CL against..Buducnost, the team which Montenegro is based on.

The 26 years old Alma has  joined team of  Montenegro this year for first time, without to be known with the players or staff members personally, but she is very satisfied with the way she has been accepted by her new teammates.

Timeout Magazine talked with Alma Hasanic after the match Montenegro-Tunisia:

About experiencing a World Championship

“This is my first World Championship or any kind of championship as national team player , I have the opportunity to participate   at, and it feels quite huge. The atmosphere, the matches, the preparation, to experience all the happenings  –  makes me very happy and proud at the same time.

About her new team and new country

” When I arrived first time to a preparation session to Montenegro, I have not known the girls or anybody, but the way they treated me and accepted me, made quiet confident and now I can say that I fit in perfectly. I am a girl with lot of energy, dynamic and laughs a lot, so I find my place quickly.

” The fact that I speak Serbian (Montenegrin) as this is my mother language helped me a lot, I really feel home with this team and I did not regret a moment my choice and decision.

About goals of Montenegro in this World Championship

“We had not talked about this, we want to take every match and focus on every game , but implicitly all have a hided wish about a medal. And Olympics of course, to qualify to Rio.

” My dream is of course to win the goal medal with this team. Nothing more.”

A smiling  and satisfied Alma Hasnic leaved the mixed zone, and one can feel that she really made the right  choice.