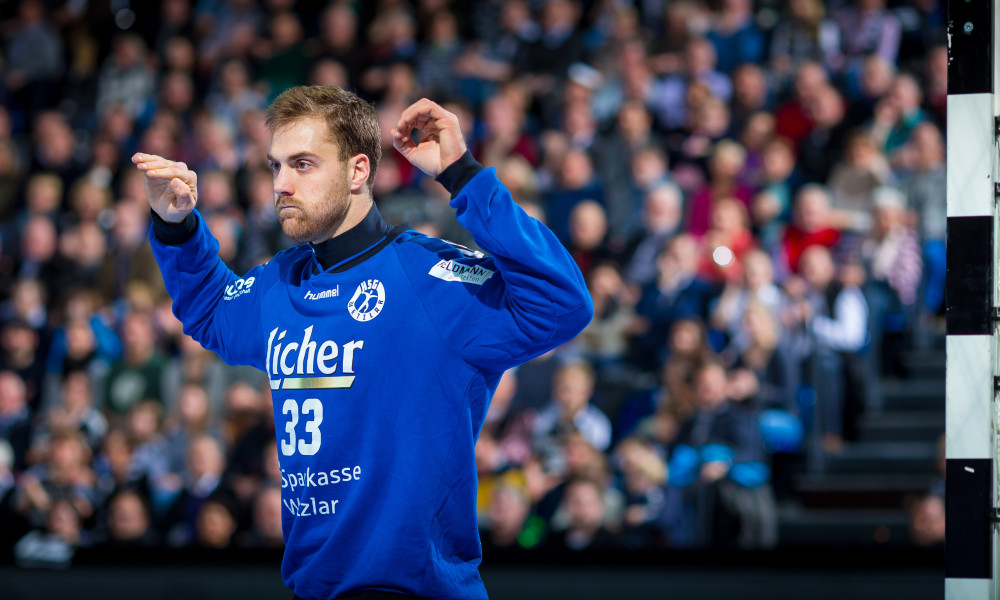 After starting the season in stunning fashion the MT Melsungen has come down back to earth after losing a hard-fought derby against another surprising team of the DKB Handball-Bundesliga. The HSG Wetzlar was able to come back from two goals down with eight minutes to go that sent the sell-out crowd of 4.421 in the Rittal-Arena into a frenzy.

The Hessian derby didn’t disappoint and right from the start the fans of Wetzlar had a lot of reasons to celebrate, as the team of Kai Wandschneider was able to find holes in the Melsungen defense and sharp-shooting left-back Steffen Fäth and right-back Joao Ferraz were hard to stop for the guests. Both of them scored five times apiece, while Max Holst led his side in scoring (10/6).

Prior to the game the HSG had gotten an emotional boost as three members of the team were named to Germany’s EHF EURO 2016 roster. Fäth, goalkeeper Andreas Wolff and line-player Jannik Kohlbacher all got the call. Kohlbacher missed the game due to a flu. Melsungen, on the other hand, wasn’t too happy about the omission of Michael Müller, Johannes Sellin and Michael Allendorf.

Especially Müller and Sellin were able to convert their frustration into a great performance, as both scored six times from the field while right-wing Selling added two from the penalty spot. They also helped their team take control of the game in the middle of the second half after being down by one (13:14) at the break and by three 15 minutes later.

Suddenly Wetzlar had lost focus, the key players made easy mistakes and the turnovers almost seemed to cost the hosts. Players and fans were stunned when the MT led by two with eight minutes left (22:24). But Wetzlar fought back, started a 6:1 run winning by a final score of 28:25. The comeback of Swedish playmaker Patrick Fahlgren after a long-term injury couldn’t save Melsungen.

Load More... Follow on Instagram
Rhein-Neckar Löwen struggle against Gummersbach
Weiß wins wild one for BHC at the buzzer