Helle Thomsen: “Sweden against Denmark – I want(ed) both teams in quarterfinals”

Helle Thomsen: “Sweden against Denmark – I want(ed) both teams in quarterfinals”

Our expert Helle Thomsen, headcoach of FC Midtjylland gave her predictions about the eightfinals of the World Championship in Denmark, here about today’s matches: 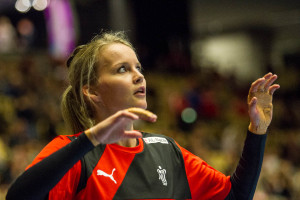 “This is the game I never expected to happen in this World Championship, there are two teams I really support, Denmark is my country’s representant, Sweden was the team I led in the EURO 2014 and took the bronze medals with them. My heart beats for both of them and makes me sad somehow that one of these two has to leave the tournament so early. I expect a balanced game, Denmark has the advantage of home court, Sweden is coming after easier games in their group, maybe are more rested. I don’t really know which of them will make it. Let the best win!”

“In my opinion this is a clear Dutch wictory, since they have a better team, playing quick handball, practicing good defense.  They won group B, had easier matches and gained a lot of selfconfidence.

“In opposite -Serbia is coming after though games, they are playing with less players, could be more tired both phisically and mentally.

“Netherland will go to quarterfinals.” 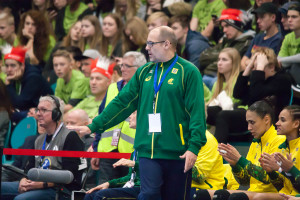 “Brazil is the defending World Champion, and even they have started weaker the groups, the team of Morten Soubak improved during the tournament, in the last match against France they showed a good defense and played smart. The victory against France surely boosted the team.

Romania is very dependent on Cristina Neagu’s play, so I mean thhat Brazil goes to quarterfinals.”

” Norway is clear favourites in this encounter against Germany, beacuse all they showed in this tournament is a proof that Thorir Hergerisson’s concept is  still working, the team grows  from match to match, with good defense and speedy attack.

“Norway goes to quarterfinals, since they are the better team in my opinion.”