Weiß wins wild one for BHC at the buzzer 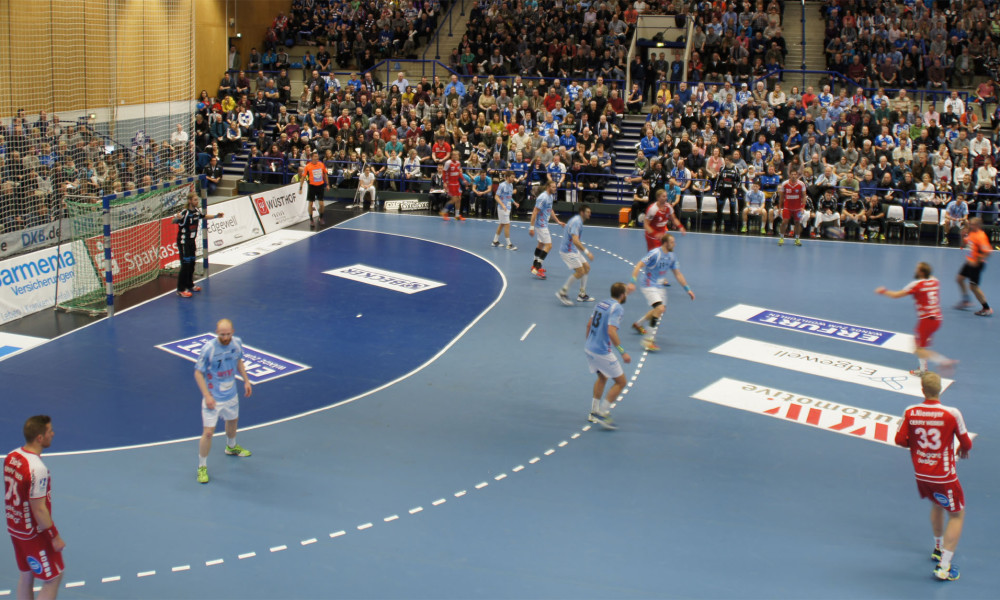 Weiß wins wild one for BHC at the buzzer

The winless streak is finally over for the Bergischer HC thanks to a crazy buzzer beater by Max Weiß, who scored at an empty net with one second remaining as his team defeated the TBV Lemgo 31:30 (15:14). His team led for most of the game and looked like the sure winner leading by five with twelve minutes to go, as the guests were just one second away from claiming a lucky point.

The pressure was high on BHC coach Sebastian Hinze before the match and his seat getting almost too hot after a lousy performance in Gummersbach last week. His players seemed desperate throughout the game, looking hungry and showing the emotions they lacked seven days ago. Icelandic goalkeeper Björgvin Gustavsson saved several free shots to set the tone early one. 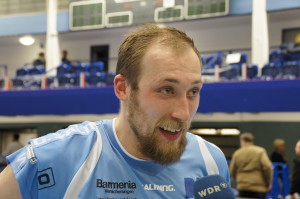 Max Weiß was all smiles after the game

His saves gave a lot of confidence to his teammates on offensive. Fabian Gutbrod showed the grit and firepower he lacked lately and scored a team-high eight times. Left-back Kristian Nippes also played a crucial role as he scored seven goals. Lemgo struggled against the BHC back-court for the entire game, also because goalkeepers Nils Dresrüsse and Jonas Maier had an off-day.

In the second half the hosts widened the gap step by step, thanks to Nippes and Gutbrod, but also because of playmaker Alexander Oelze, who was able to score himself and also set up his teammates smartly. After the game it was announced that Oelze’s contract has been extended until 2018 with an option for another year. Still, he showed some jiggers in crunch time, just like against Stuttgart.

Two weeks ago the Bergischen Löwen led by three very late in the game, but conceded a goal with less than five seconds left on the clock. This time, they led by three again, and Lemgo equalized with three seconds to go, as Arne Niemeyer scored while goalkeeper Dresrüsse had been replaced by a seventh field player.

Gustavsson reacted fast, passed the ball to Weiß for the throw-off and the rest was history. The bold, but necessary move for Lemgo had backfired, but was obviously the right choice as it raised the chances to score immensely. Weiß was just too alert, or too hungry, to let a once-in-a-season chance slip out of his hands. He was mobbed by his teammates as emotions took over in the Klingenhalle.