Timeout Magazine’s staff is formed of people breathing handball for many years. Our journalists and editors Márk Hegedüs, Sascha Staat, Bjørn Kenneth Muggerud  and  myself, will give our opinions daily, about the matches.  The opinions are indepent of each other! 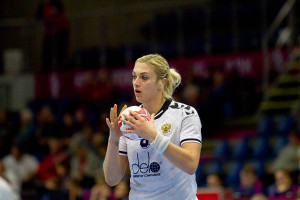 Márk:  “Prediction Russia. Poland will be eager to win against its hot rival, but Russia is on a roll, head coach Evgeny Trefilov can trust his full squad and despite Poland’s surprising victory over Hungary, it will be the end for Poland’s World Cup journey in Denmark.”

Sascha:  “Is there any doubt that Russia will advance to the semifinals? Yes, because first of all almost nobody expected Poland to beat Hungary in the last round, secondly Russia didn’t look as strong during its game against South Korea as one could have imagined. I expect a close match. Prediction: Russia by two.”

Bjørn Kenneth: “Poland made it to 1/4-finals with the smallest margin after beating Hungary in Jyske Bank Boxen. Poland have had a troubled start in the championship, but proved they want to be among the top teams. And in the future we might see Poland among top 4 in a championship, but not this time. Their opponent in this 1/4-final, Russia, is a team on a mission. And, Trefilov have a remarkable CV when it comes to championships. Russia is unbeaten, and almost unbeatable as it looks like right now. Prediction: Russia”

Ibolya: “Polish team had played in the eightfinals like that match was their life’s last encounter, and they made it to the next stage. Here Kim Rasmussen’s team will face he Russian bear and his team, formed of many bear-girls. I don’t see Poland beat Russia, even if they are able to produce surprises, Prediction: Russia.” 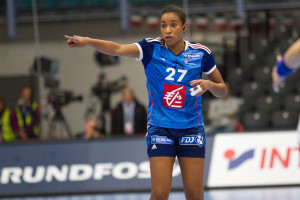 Márk: ” Prediction-Holland. Most probably it will be the most difficult game for the Oranjes after drawing Sweden in the preliminaries. In recent years France forged a strong team that will have Rio 2016 medal chances, if France participates at the Olympic Games. My prediction is Dutch victory, I want to continue seeing beautiful game flow in the final phase of the WCh, although France plays for the eyes as well.”

Sascha: “Wow, that’s a very interesting game to predict. While the Netherlands were almost unstoppable in the game against Serbia, France won by a penalty shot against Spain when time had already expired. The Dutch didn’t really face a really good opponent yet, France will be much tougher to beat. Prediction: Netherlands by one.”

Bjørn Kenneth: “Netherlands have done it good so far, maybe even better than they belived themself before arriving to the World Championship. France have been a little disappointing in their play, but are a nation with long tradition to go far in the championships. I think France once again will go to semifinals and keep Netherlands out of the good company. Prediction: France”

Ibolya: ” It will be the match of the offensive team and the defender one. Netherland has a quiet good flow in offense in this tournament, they have not lost any games, only a draw against Sweden. On the other hand, France won tight matches, practices a good defense and receives less goals. Hard to predict, but the common sense is telling me France will go further” 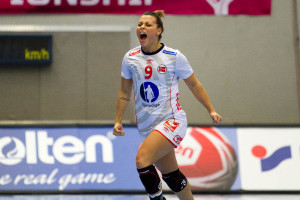 Márk: “Prediction . Montenegro . Could be like a final, already at the 1/4 finals. For sure two top teams will clash tomorrow and only one can make it to Top4. Both teams are well prepared by top coaches, if Montenegro can maintain their strong defence and stop Norway’s fast train, then the Balkan country will accomplish another mission – I think they will do, in a close match Montenegro defeats the Vikings.”

Sascha: “A rematch of the 2012 final of the Olympic games will be great to watch because of the different styles the teams play. Norway faced a lackluster German side so the win shouldn’t be overestimated, while Montenegro didn’t have any problems with Angola. The atmosphere should carry Norway to the semis. Prediction: Norway by three.”

Bjørn Kenneth: “In this match I have to separate heart and head. As a Norwegian my heart want Norway to win, but my head says that Montenegro probably can beat Norway this time. I think this will be a battle where very much depends on whether the referees will allow Montenegro to play their physical strong defense, or if Montenegro will run into a lot of suspensions. No doubt Norway has a good team, but I’m not sure they can stand the distance. Together with the Russian team , this is probably the toughest opponent they could have met in this championship. Prediction: Montenegro”

Ibolya: “Two of the world’s op teams are facing each other tomorrow night, led by two of the best handballcoaches of the world. It will be a tactical, strategical and physical game, where I predict Norway as a winner. If Montenegro will play as agressive as they used to, and Norway will run as fast as they can it will be close, but Norway should go in semis.”

Márk: “Both teams played a disappointing preliminary round, but since then the world changed 180 degrees and both sides have gained a lot of confidence after their 1/8 finals victories. On paper Romania might be stronger, Denmark is a dark horse, but as they eliminated the strong Swedes and play at home, I predict a Danish victory.”

Sascha: “Everything is set for another big party with Denmark facing Romania, clearly the underdog in this case. Denmark was already under pressure against Sweden, but the Danish girls didn’t really care and their defense was just outstanding. That’s why Romania won’t have a chance. Prediction: Denmark by five.”

Bjørn Kenneth: “Romania released the bomb by sending Brazil home. In Jyske Bank Boxen they will have trouble. Denmark, and their fans, demonstrated what they can achieve together against Sweden. I think they will do it again. Prediction: Denmark”

Ibolya: ” Romania had their match in this tournament by sending home Brasil in eightfinals. I cannot imagine that the team of Ryde will manage such a succees agains hosts. Denmark with their fans supporting them will go to the semifinals.”

Zsuzsanna Tomori – out for six months!
Helle Thomsen: “Only Russian semifinal place is sure..”