Zsuzsanna Tomori – out for six months! 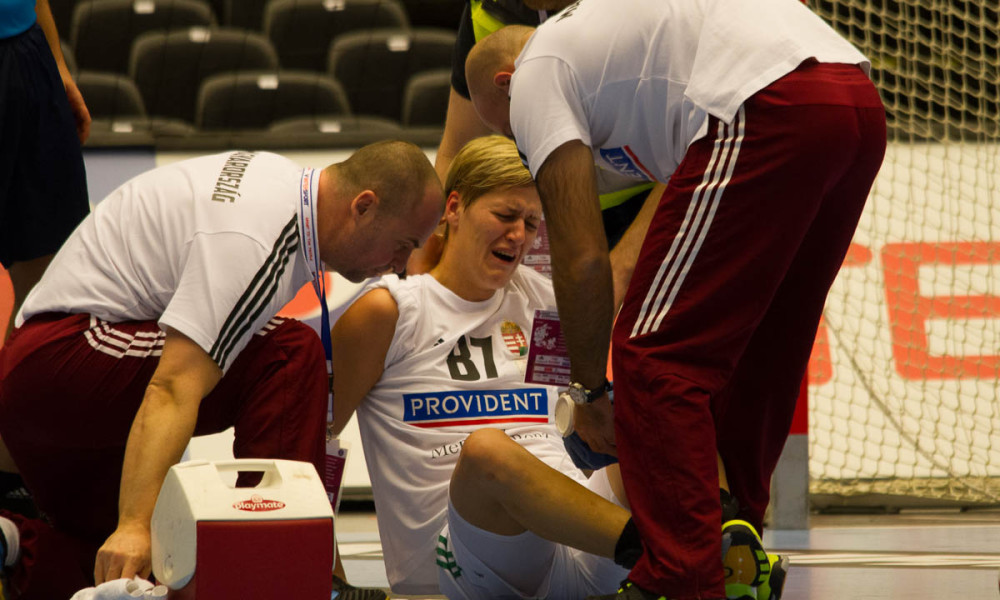 During the eightfinals of the World Championship Poland –  Hungary, the Hungarian side lost not only the game (24 – 23) but one of their most important players as well.

In the 21.minute of the game Zsuzsanna Tomori landed wrong after an attacking situation, after she hit her  left knee against one of the opponents knee as well. It looked like she twisted her knee in the moment of the contact with the floor, and she could not control anymore the bad outcome. The player’s screaming and crying did not predict a lucky ending on this.

” I felt that my knee just been torn apart…But I still did not lose the hope, maybe I won’t be forced for so long to the sidelines. I did not have knee injuries during my career, this is the first time.” – Tomori said about the incident today.

The  28 years leftback has already arrived to Hungary, and this afternoon has been examined in Győr, where she lives and plays for Győri Audi ETO KC.

Doctors of Győri Audi ETO KC has examined the players injury and the diagnosis is anterior cruciate ligament tear and a partial lateral ligament injury. Zsuzsanna Tomori  will have a surgery on next Thursday.

We wish her fast recovery and perseverance!

In the same match Hungarian playmaker, Anita Görbicz got also injured on her knee, but after medical examination her injury is a minor one.