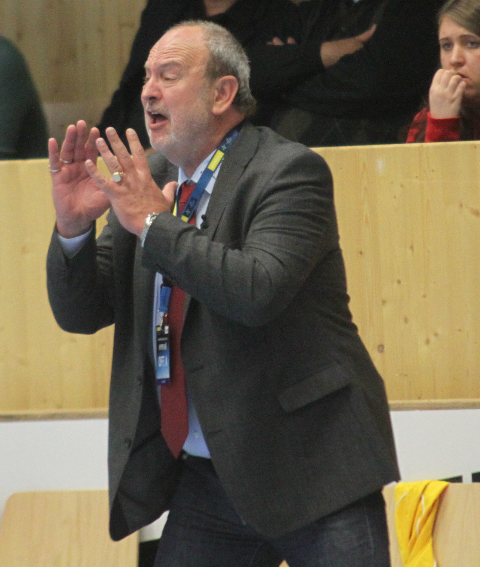 After the  weak Hungarian appearance in the World Championship from Denmark, where the national team of Hungary was eliminated by Poland in the eightfinals, 24-23 (13-14), the headcoach András Németh resigned today.

The team has not qualified to TOP8 and the consequence of this is also that lost the chance to a possible Olympic Qualification berth.  This would be possible only if Norway would be the World Champion and Montenegro takes at least the seventh place at this WCH.

” I was not a good enough headcoach, beacause my expectations are too high to players, but I don’t have as much time as I need to be able to form the team as I wish. During my career I have worked as club-coach and I had to follow other methods. This one here not fits to me!

“We had very good conditions to work, but we did not have enough time. In the future should be found a solution for this problem.

“In addition it was impossible ti find out the reason of the mental oscillation of the team, we could loose or win a match in only some minuts. The match against Poland was an exception, there the injuries put the team down.”

So  if we understand correctly, the ex-headcoach means that only the circumstances- short training periods, injuries, mental ups and downs of the players (not dependent of the technical staff???????) made that Hungary did not make it to the quarterfinals, missing another chance to qualify to the Olympics.

András Németh has taken over the Hungarian national team last year at the EURO 2014 as hosts the team took the 6th place.

Hungary!s last Olympic participation was at the Bejing Olympic Games in 2008.