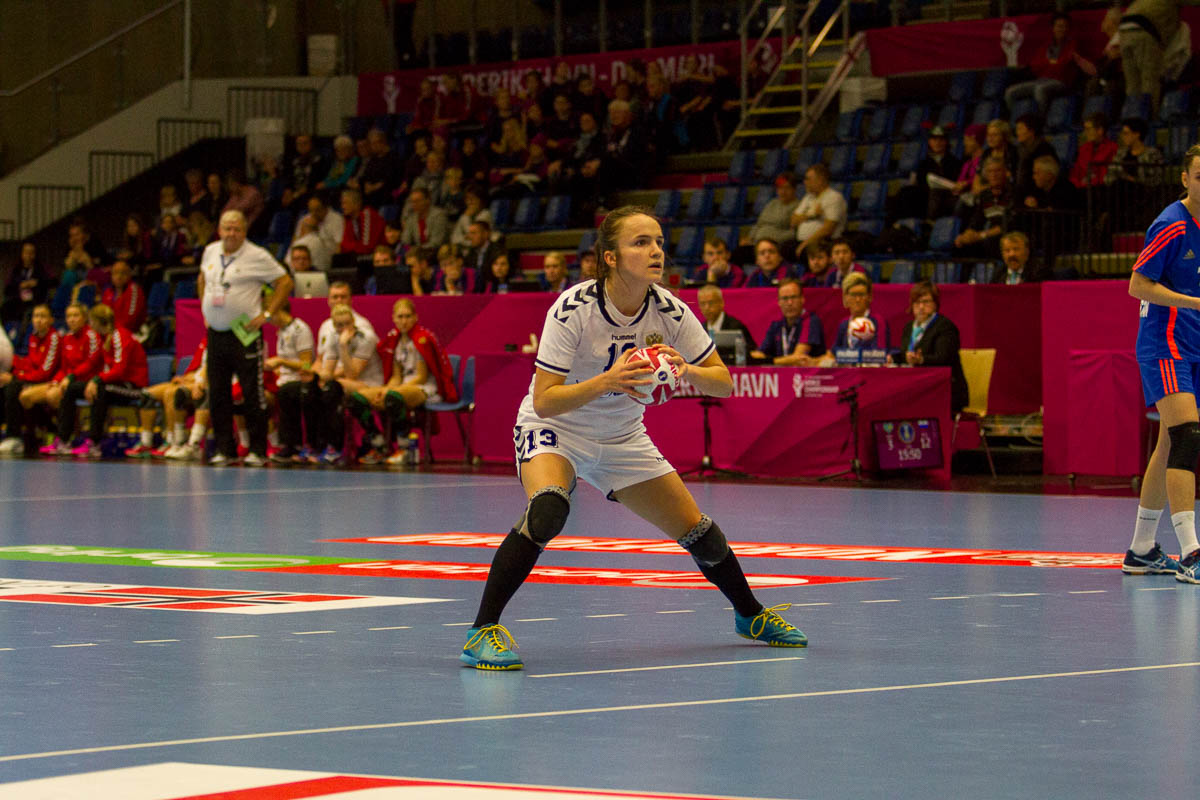 Before the game France replaced  a player, leftwing Manon Houette has been replaced by playmaker Grace Zaadi.

The Russian team took a flying start in this placement match against France and won the first half at a substantial score, 8-15. France had problems to find the flow in the attack and both Russian goalkeepers, Sedoykina and Kalinina had some good saves in the Russian goal.In the dying minutes French lineplayer, Laurisa Landre got injured, uncertain if she can continue the game.

French team managed to reduce somehow the gap, but still huge advantage for Russians, 13 – 19. Alain Porter’s team has even managed to come as close as three goals in the match, but Russian side was determined to get this victory.

Russia will play for the fifth place on Sunday against the winner of the game between Denmark and Montenegro.