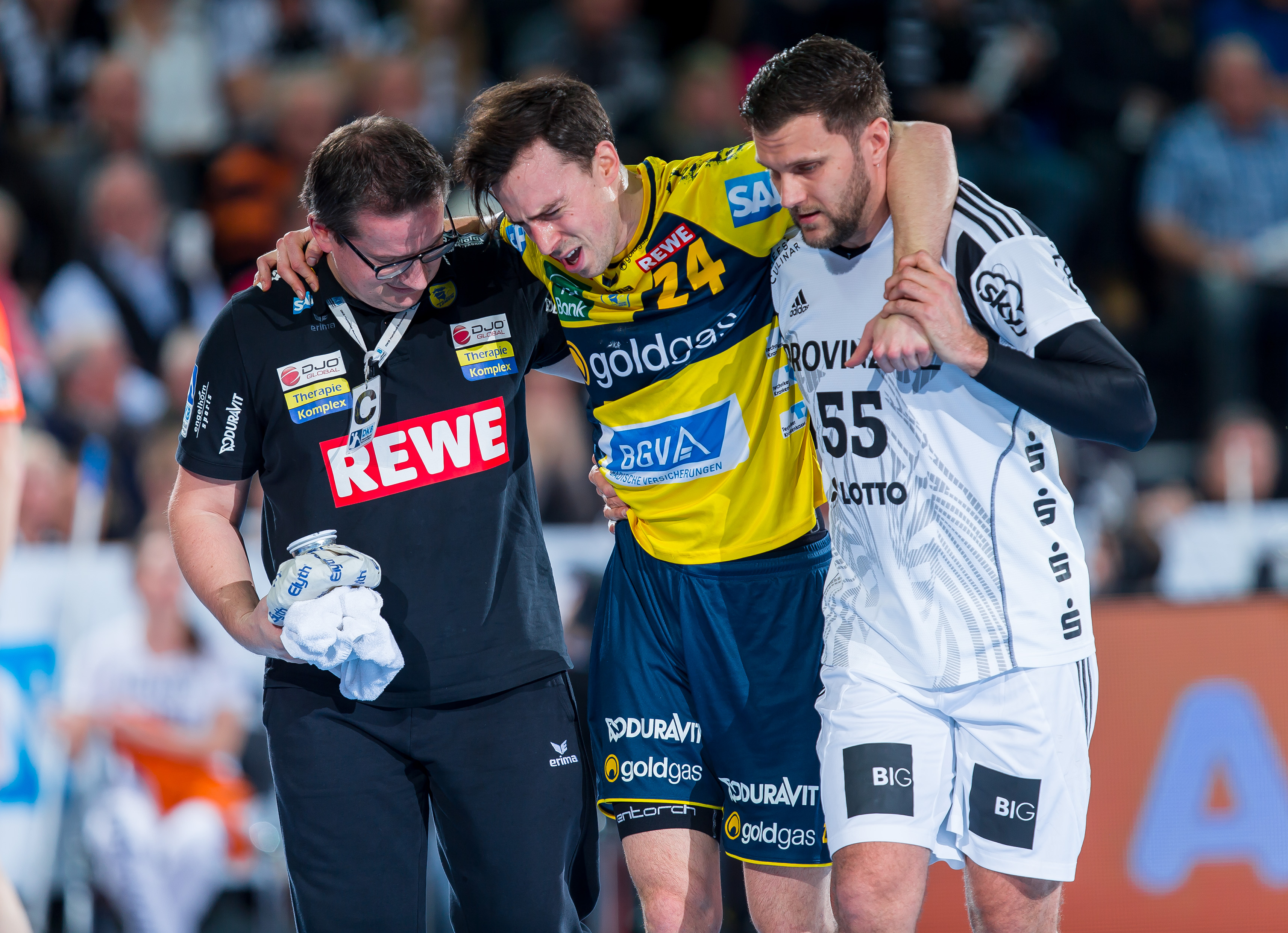 Even though the THW Kiel was four points behind prior to the game against the Rhein-Neckar Löwen yesterday, everybody expected the hosts to put on a great performance as they usually do when they are under pressure. But nobody expected the zebras to totally destroy their opponent, as the lions were outplayed for almost the entire 60 minutes.

“Kiel was in great shape, we weren’t, so a loss can happen,” Patrick Groetzki said after the game. “But the result really hurts, because they also gained a lot of ground in the goal difference.” The speedy right-wing was not only hurt by the performance of his team, but also sustained an injury which might force him to miss the upcoming European championship in January.

“I was using a special warmer for the calf muscle the last weeks, but I didn’t have it with me, so I got taped. When I jumped I felt like somebody had run into me.” The 26-year old hobbled off the court and didn’t play for the rest of the game. He already ruled himself out of the match against Magdeburg on Saturday. “No chance, to be honest,” added Groetzki.

An MRT scan today will show the extend of the injury, but he is hopeful to be back in action just in time for the tournament in Poland. In other injury news left-wing Rune Dahmke from Kiel suffered a sprained ankle, he’s also doubtful to make the final cut. Germany is already missing line-player Patrick Wiencek, left-back Paul Drux and captain Uwe Gensheimer.