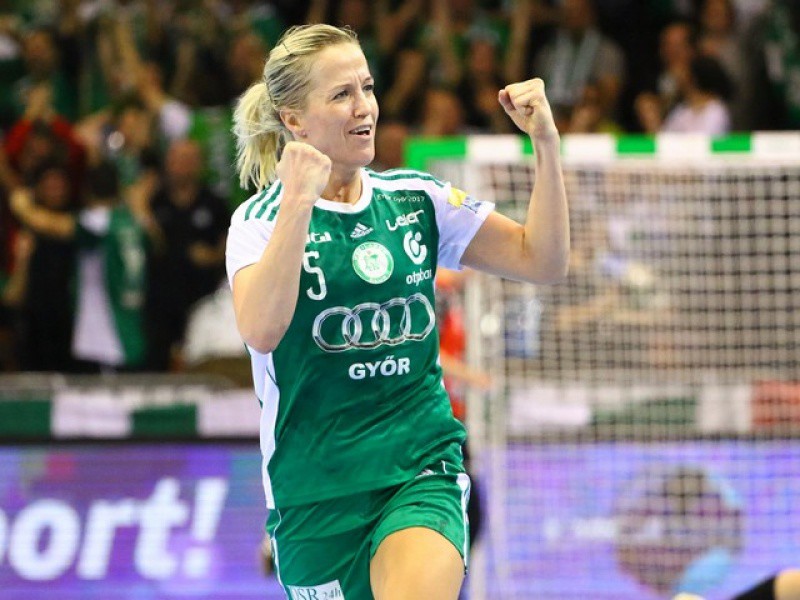 Győri Audi ETO KC and Heidi Løke has officialy announced today that the Norwegian lineplayer will stay one more year at the club , she will use the optional one year which she had in her contract previously.

“The high quality professionaly background, my teammates, the club – everything was about to stay.

“In addition I really like this city, the arena and the people, fans- the athmopshere on our matches is fantastic. So I had both professional and emotional reasons to decide to be here at least one more season”

Heidi Løke has arrived to Hungary in 2011, she is part of most succesull period of the club, winninng two Champions League trophies and numerous gold medals in Hungarian championships and cup.