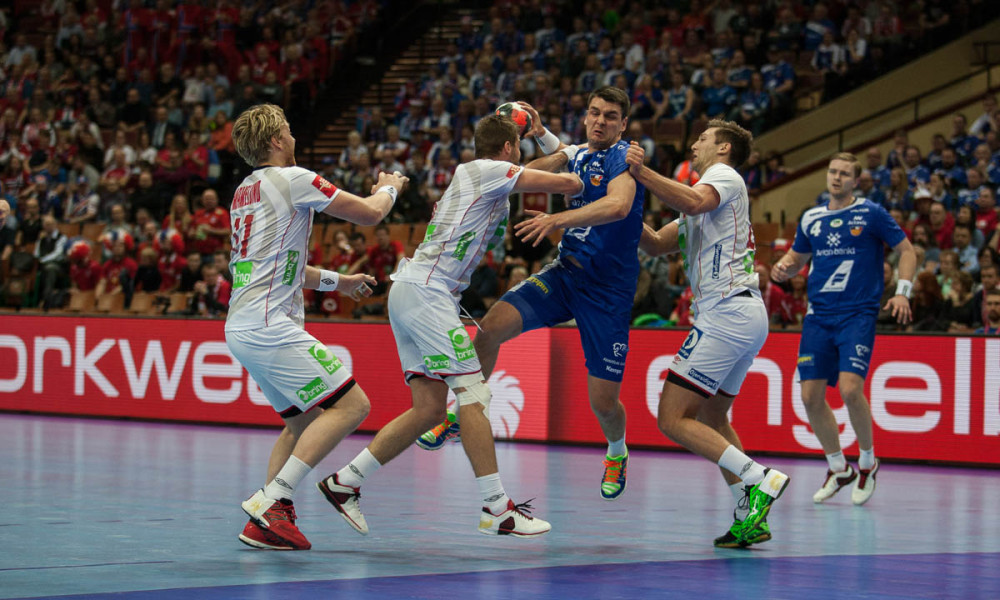 In the match between Norway vs Iceland, Bjarte Myrhol got serious injured after playing only 10 minutes. Norway’s captain and the achor of the norwegian defense could be out for the rest of the championship.

It were after playing about ten minutes of the game Bjarte Myrhol got in a duel with Aron Palmarsson and got the aftereffect of Palmarsson’s shot between two fingers on his hand. The skin cracked open and Bjarte Myrhol went straight to the dressing room.

Bjarte Myrhol are not unknown to this kind of injury since he had it before and the experience from last time says that it could go longer time than the championship lasts before we see him throw and catch a ball again.

Bjarte Myrhol leaves the match against Iceland after getting a seriou injury | Photo: Bjørn Kenneth Muggerud