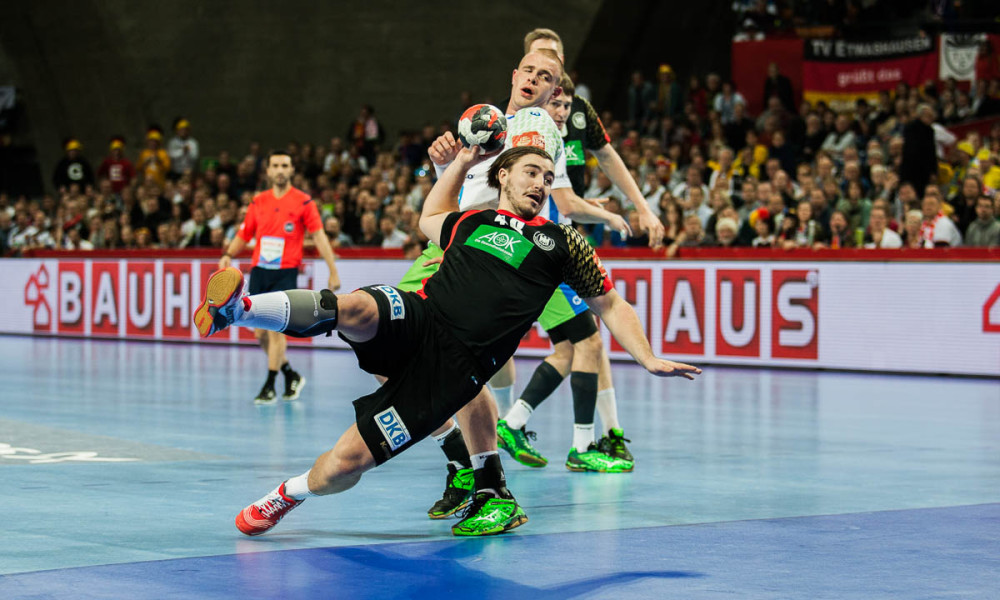 Jannik Kohlbacher is the youngest player on the German roster, but in today’s win against Slovenia at the EHF EURO 2016 he didn’t make the impression of a rookie. He scored on three of his four shots and often made it look easy, also creating holes in the opposing defense for his teammates. “It wasn’t as easy as it might have looked like. We’re all quite exhausted right now, because we fought hard for every ball.”

He also praised the patience on offense: “We waited until we had good scoring chances and didn’t rush anything. That was the key for us combined with our great defense.” Looking forward to the main round, where Germany will face Denmark, Russia and Hungary, he added: “Looks like we only get the best opponents in the tournament, but I don’t see any team in the group which we cannot defeat.”

Strobel: “Extremely happy to be in the main round”
Gdansk: No surprise when Denmark ran over Hungary