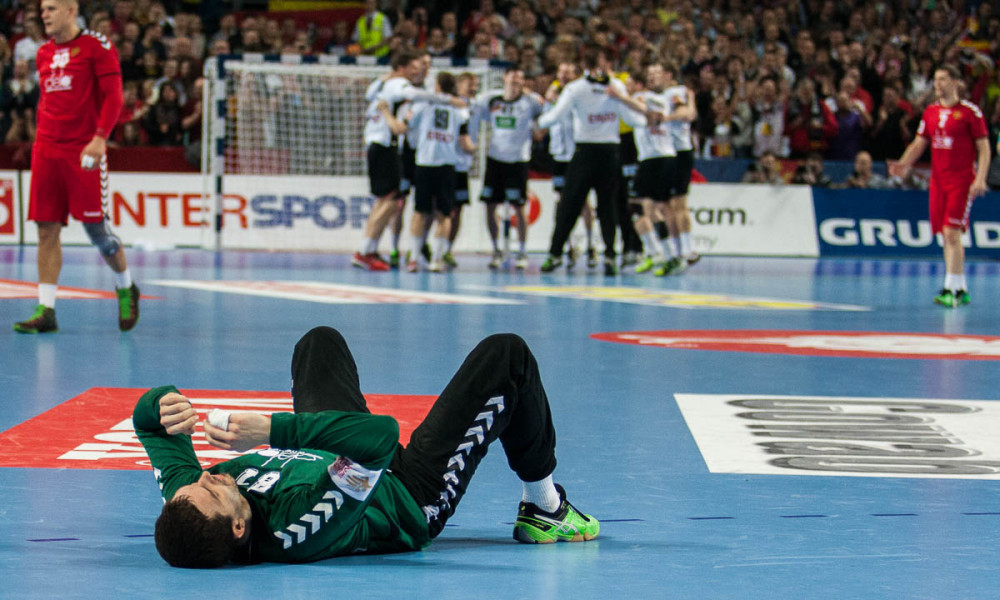 Russia, down for most of the second half after a strong start to the game, had a final chance to tie the match against Germany, but Carsten Lichtlein kept his sheet clean and the young Germans celebrated wildly in front of another sell-out crowd in Wroclaw. The side of Dagur Sigurdsson already led by five in the second period, but lacked concentration and had too many turnovers to cruise to an easy win. Russia kept fighting, but in the end was just not precise enough to gain a point in the final seconds. While Russia is out of the race for the semifinals, Germany can clinch a spot in the final four by beating Denmark on Wednesday.

Christian Berge: – We have to believe, believe and believe
Player replacements for Spain and France