Lichtlein: “The coach knows what I’m capable of” 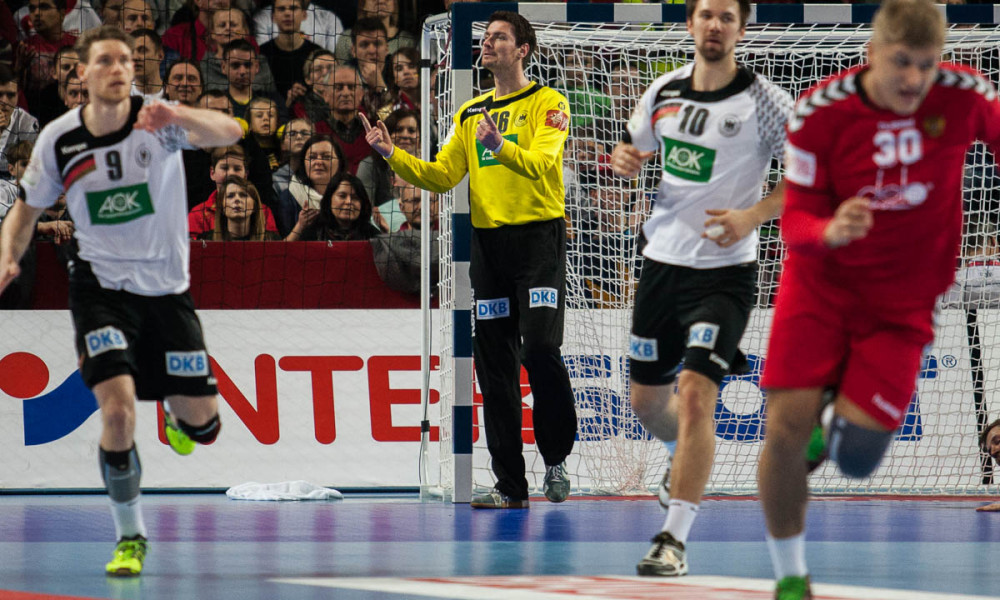 Lichtlein: “The coach knows what I’m capable of”

Carsten Lichtlein was all smiles after the German win against Russia today in Wroclaw. After four less brilliant perfomances by himself he made sure his team would get out of game with two points thanks to various key saves, but he praised his young teammates for fighting back after a tough start and also for always believing in themselves.

“We lost our focus a little bit, turned the ball over and invited Russia to get back into the game. Obviously they accepted our invitation. But on the final play we knew exactly what we had to do. We got the shot we wanted from them. I’m very happy right now, the team is so young but it’s a lot of fun to play with those guys.”

Asked about his personal situation he added: “It’s not easy to sit on the bench, that’s for sure. But I cannot tell myself that I played bad, I have to move on, motivate myself and leave the bad games behind me. Dagur (Sigurdsson) knows what I can put on the table and I guess today I showed why he trusts me.”

Germany will face Denmark on Wednesday well rested, while the Danes have to play Sweden less than 24 hours before. Germany has to beat the Scandinavians by three goals or by two in case they score at least 27 times themselves. “We wanted a small final, now we got it. And we will put all our energy into it,” added Lichtlein.