Weinhold to be out for up to eight weeks 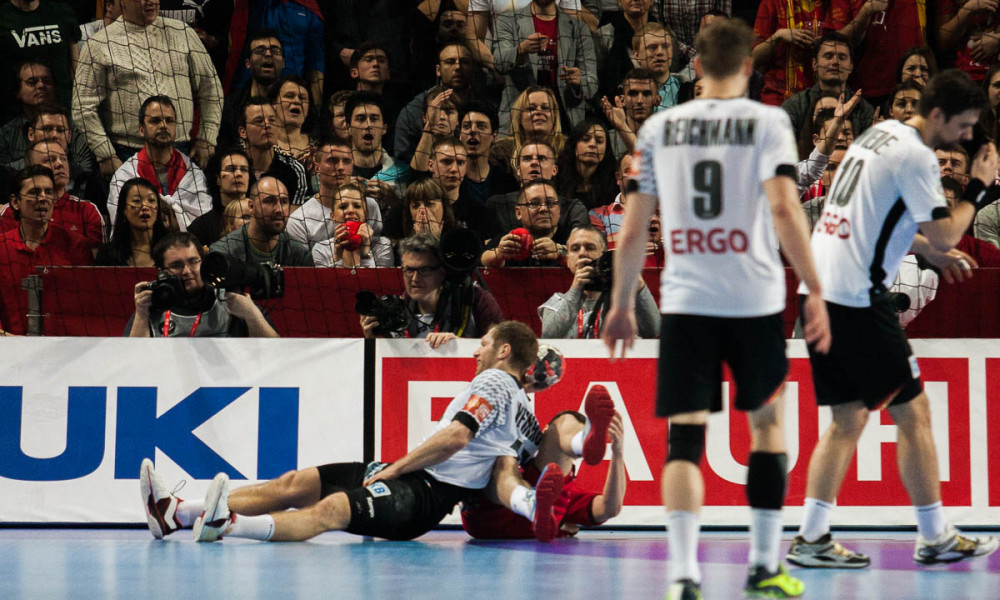 Weinhold to be out for up to eight weeks

German captain Steffen Weinhold will miss the remainder of the EHF EURO 2016 and is expected to be out for up to eight weeks due to an injury he sustained in the dying seconds of his team’s win yesterday against Russia. After Fabian Wiede’s turnover the right-back sprinted back in the attempt to block a shot by the Russian team and tore a muscle in his groin area. Teammate Christian Dissinger, who plays his club handball for THW Kiel, is also out for the rest of the tournament, as he suffered an adductor injury.

Head coach Dagur Sigurdsson already reacted to the injury news and called up Julius Kühn (VfL Gummersbach) and Kai Häfner (TSV Hannover-Burgdorf) to replace the two injured starters. Obviously he was heavily disappointed by the news: “I’m shocked, to be honest. But what can we do? We have to focus on the game against Denmark and do our best to make everything possible to win the game!”

Weinhold and Dissinger join already injured starters Uwe Gensheimer, Patrick Groetzki (both Rhein-Neckar Löwen), Kiel’s Patrick Wiencek and Paul Drux (Füchse Berlin) on the German sideline, a line-up, which alone would already make quite a good side. Germany needs to beat Denmark on Wednesday by at least three goals or by two goals while scoring 27+ to make it to the semis.

Svan: “Our defense was outstanding”
Krakow: FYR Macedonia and Norway with a draw