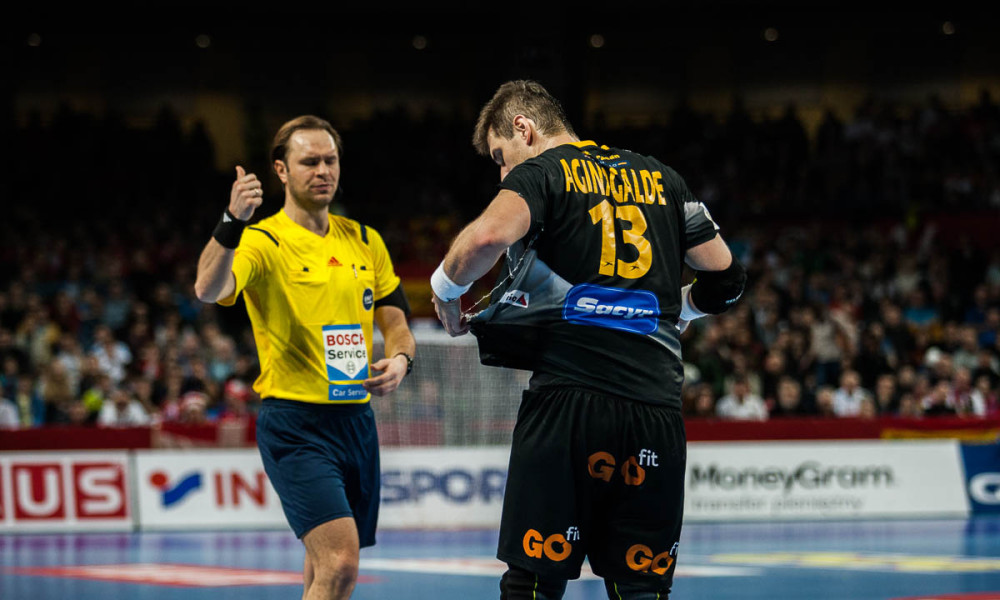 Spain was lucky to escape with a win against Hungary today in Wroclaw thanks to a scandalous performance by the Belorussian referees Andrei Gousko and Siarhei Repkin. The 2013 world champion didn’t decline the invitation and played long attacks, especially in crunchtime, with no real interest in shooting the ball.In the end the Spaniards prevailed and secured two very important points in their way to the semifinals. On ther other hand Hungary waisted two golden powerplay opportunities in the second half, failing to score on two man-advantages while conceding three goals. Even nine goals on nine shots from Laszlo Nagy, who had an outstanding game, couldn’t turn things around in the final minutes.

EHF Euro 2016 – Krakow: predictions for last day of main round
Nagy: “I’m proud how we came back today”