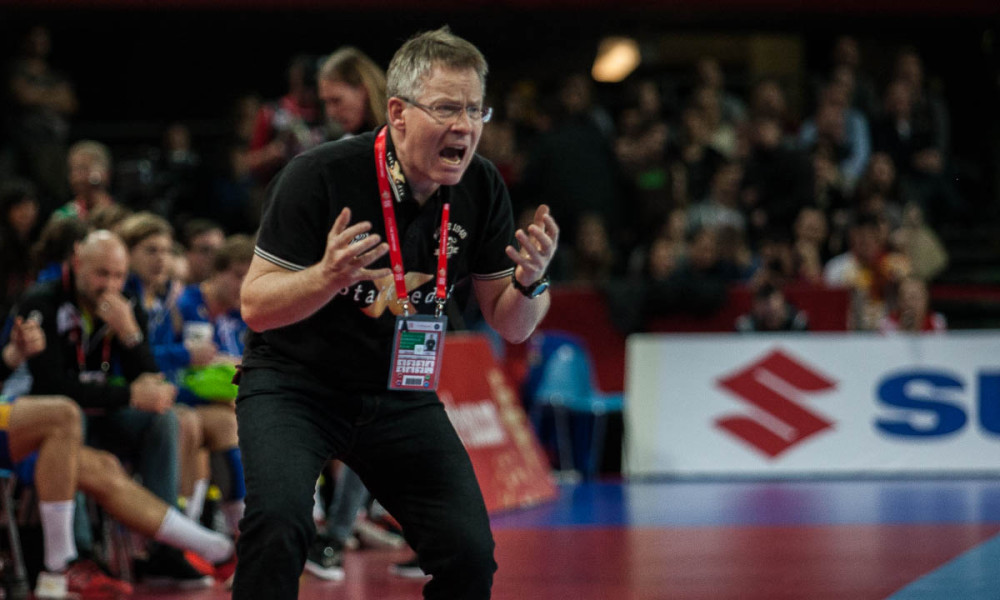 Denmark gave a away a comfortable lead against Sweden as the Scandinavian rivals played to a tie in Wroclaw yesterday evening, but right after the game the focus shifted to the Danish match against Germany on Wednesday, as Icelandic head coach Gudmundur Gudmundsson voiced his displeasure with the schedule of the tournament. “Germany had three days of rest and we have to play a game we basically need to win within less than 22 hours after our last match. That’s really well organized, thank you,” he said ironically on the official press conference.

“Obviously it’s our own fault we didn’t win today, although we started very well and led for most of the time. I guess Sweden tied it just once… We had some problems on defense, for example we conceded too many goals from the right-wing, that was an issue for sure. On offense it was quite difficult for us, because the referees put us under a lot of pressure with their interpretation of the passive play rule. That was the case in the end as well. Sometimes we had just 20 seconds to finish our attacks. That influenced our game a lot and was a key reason for the final result.”

Hansen: “I expect a tough game against Germany”
Hungary no match for Swedish