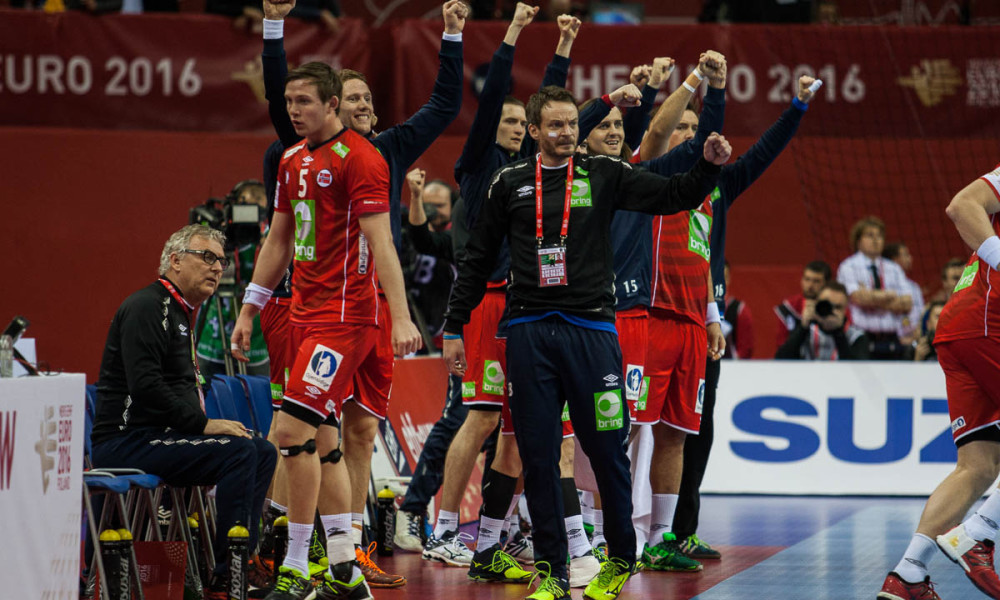 Why Germany will win against Norway:
Norway has been winning so far because of the same reasons as Germany. A young, hungry team is fighting like hell and wearing down opponents. However, Norway is facing a team which has
excelled at the same things, but the German team offers more quality and especially experience on a higher level in key positions. While most Norwegian players are regarded as future superstars, like Sander Sagosen,
the younger German players are used to perform on the highest level week in and week out in the DKB Handball-Bundesliga. Coach Dagur Sigurdsson is another reason why Germany should make it to the final. The Icelandic coach
and his brilliant assistant staff of Axel Kromer and Alexander Haase have found various tactic formations to surprise their opponents and it’s unlikely to change this time.

Why Norway will win against Germany:
Speed – Norway play with a speed in their play that we don’t see from so many of the other teams.
Coaching – Glenn Solberg and Christian Berge are the perfect match with dedicated roles, they have the experience with the situation and seems to be transfering this perfectly to the team
9-m shots – Norway are dangerous from every position wihth back players that can shoot from every position.
The team – they stand together, no star players that put them self in front. They win as a team!
Norway is going to run over Germany in this semifinal!