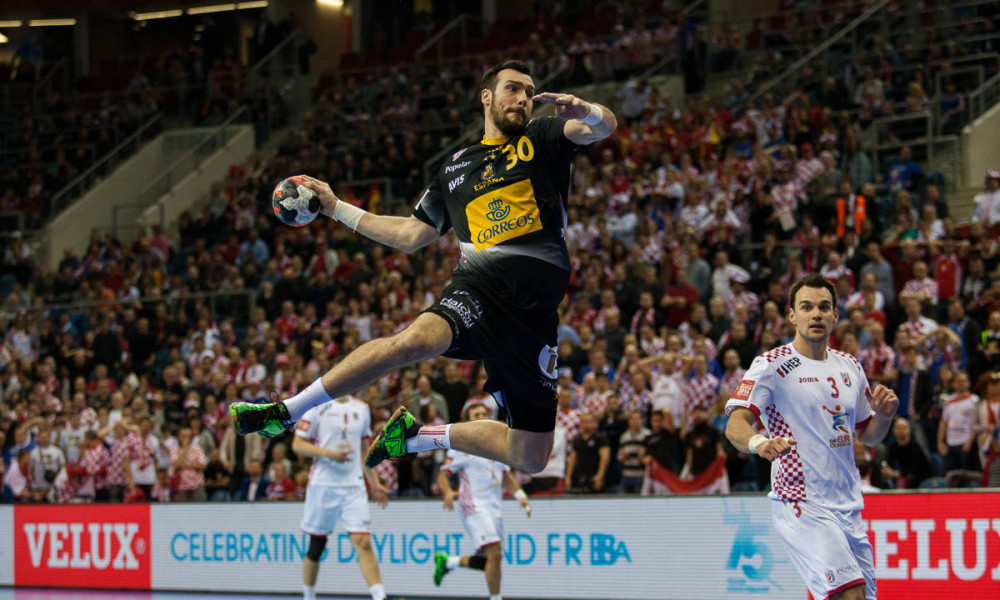 Spain’s Gedeon Guardiola talked to Timeout Magazine at today’s media call at the Tauron Arena in Krakow after yesterday’s win against Croatia and prior to the final tomorrow against Germany: “We knew it wouldn’t be easy against Croatia because they have a very good team. They are very good on offense and have a very physical defense. But we were able to focus on that very well, also regarding their fast-break. We were extremely aware of that.”

He wasn’t wasting too much time looking back, instead he’s already focusing on the final match of the tournament: “Germany is quite fast as well, especially after conceding goals they attack quite fast, we have to be up to the task, because they score a lot of goals like that. On offense they have a lot of good shooters right now, Steffen Fäth is playing a very good tournament. On defense, if they play a 6-0 defense, they have a very good middle block with Lemke and Pekeler. We want the title a lot, it’s our first final at the EHF EURO and obviously we want to make Spain proud.”

Follow on Instagram
Mamelund: “Medal is a huge dream for us”
Häfner: “I don’t care who scores as long as we win the title”