Árpád Sterbik: ” We were not prepared mentally, handball we can still play..” 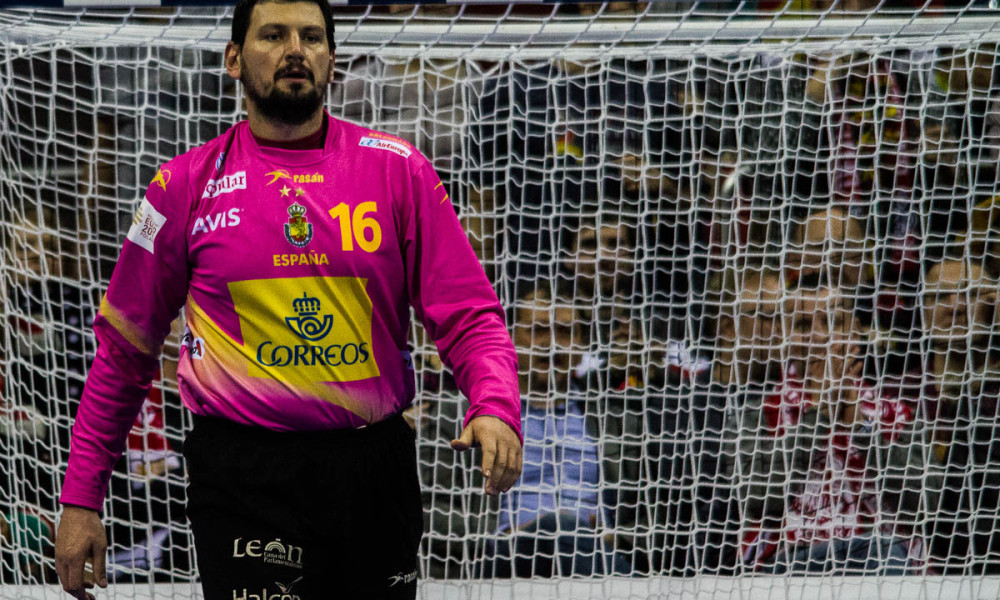 Árpád Sterbik: ” We were not prepared mentally, handball we can still play..”

Árpád Sterbik, the goalkeeper of Spain was elected the best player of his team in the final match against Germany, lost by Spaniards at a quite big difference, 24-17. Germany was in lead and controlled the game from the start to the end, Spain had no chance at all, so Sterbik says that the silver is realistic after a game like that.

” We lost this game because we met today a better team, Germany has taken deserved the gold medals,  we were not good enough to win this game. If we have had played a game where the result was close and we had a slight chance to level the match and maybe win it,  I would be nervous and pissed, but not like that.

” We still can play handball, I don’t think that we had problems with our tactical preparation, but we were not prepared enough mentally, the fact that everybody said that we are the main favourites put us under a pressure that some of our players could not manage easily.

” In addition, we have several injured player, which were still playing during the whole tournament like me, or Canellas for example and our squad lacks back players, we have more players which are playmakers and has not so strong shoot from distance.

About the silver medals

” Of course this is an achievement also, but we were in the final, so every of us wished to take the gold today. Tomorrow it might be more valuable when I wake up, but I think that we will realise what we lost, only in the next EURO tournament when we will fight us again through group play, main round, in tough matches –  then we will think about and feel sorry that we were in that final and we did not manage to win it.

” All the EURO we were struggleing against similar defensive systems, we don’t have many backplayers and as the top on the cake today the German goalkeeper has made a fantastic match, we just could not put the ball behind him, not even from seven meters. We were not strong enough in our heads.

“They are a younger team, maybe more fresh, they used eighteen players during the tournament, they had to replace two players, so this could also count.

“Germany has played better than us today, so their victory is totally deserved, I will celebrate the silver medal and try to find some answers for this loss.

O’Sullivan:”I am disappointed, but deep down I know that is huge what we’ve achieved..”
Cadenas: “Germany made the victory impossible to us “