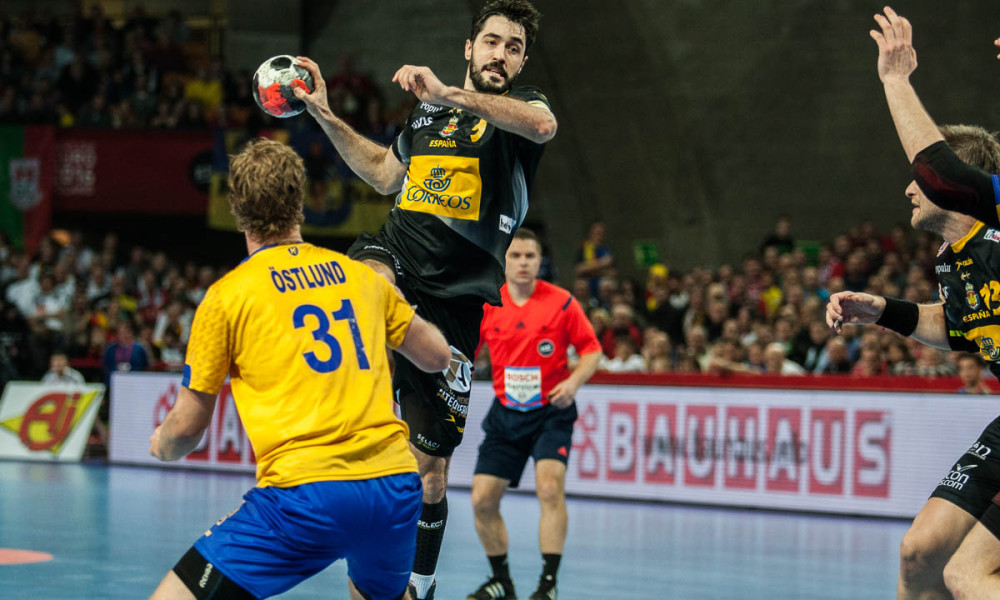 The EHF EURO 2016 All-Star team is announced on the final day of matches in Poland, as the last four teams prepare to decide the medals.

The team is decided by a fan vote and an EHF panel of experts, and this year includes names we have come to know very well at this championship alongside established stalwarts for their national sides.

Andreas Wolff entered the EHF EURO 2016 as the second-choice goalkeeper, but quickly earned his spot starting between the posts for Germany. His performance against Sweden in their second group phase match made him one of the talking points of the championship, and he has continued his form since then to help Germany qualify for the final.

The speedy Croatian wing is one of the top scorers of the championship, hitting the back of the net 39 times in seven matches. Not only has his contribution helped Croatia top the list of high-scoring teams, but he has also shot at an incredible 83% success rate, missing only eight shots in the tournament.

Michal Jurecki was the hero of the Poland team even before the first whistle at the EHF EURO 2016. The 31-year-old, who plays for top Polish club KS Vive Tauron Kielce (alongside Strlek), was a clear leader for the team in both attack and defence, ranking second on the list of goals + assists at 61 (34 goals, 27 assists) before the final matches.

Centre back: Sander Sagosen (NOR)

20-year-old Sander Sagosen is the youngest player on the All-Star team, but any lack of experience due to less years on the playing court is far from obvious. The Aalborg Handball centre back is a crucial part of Norway’s attack, usually coming on as an impact player, scoring 24 of the Scandinavian side’s goals so far, and completing 34 assists.

Johan Jakobsson is one of the most dangerous men with the ball, able to score long-range outside shots with lethal precision. Sweden’s EHF EURO campaign has ended with the SG Flensburg-Handewitt shooter currently sitting at 11th on the top scorer rank with 32 goals, while he is third on the list of goals and assists with a combined total of 60.

The only player to match Strlek’s precision is found on the opposite wing: Tobias Reichmann has scored 43 goals ahead of the final at 83%, including 26 out of 27 of Germany’s penalty shots. He was a crucial part of Germany’s win in the semi-final against Norway, tallying an incredible 10 goals from 10 shots.

The Kielce line player is a long-time favourite of All-Star teams, and for good reason. Julen Aguinagalde’s partnership with centre back Raul Entrerrios is a formidable combination, not to mention the fact that he has scored some of the most stylish goals of the EHF EURO 2016.

Though Denmark will not stand on the podium this year, Henrik Mollgaard has proved to be a key cog in the Scandinavian team’s defence, causing their opponents’ big trouble from the middle of their traditional 6-0.

With 19 goals and 28 assists before their final match, which will decide the winner of the 2016 European title, Raul Entrerrios has led Spain through a steady EHF EURO campaign from his position at centre back to reach the ultimate game. His intelligent play, in particular with line player Aguinagalde, will be on display at its finest today when Spain play Germany for the trophy.