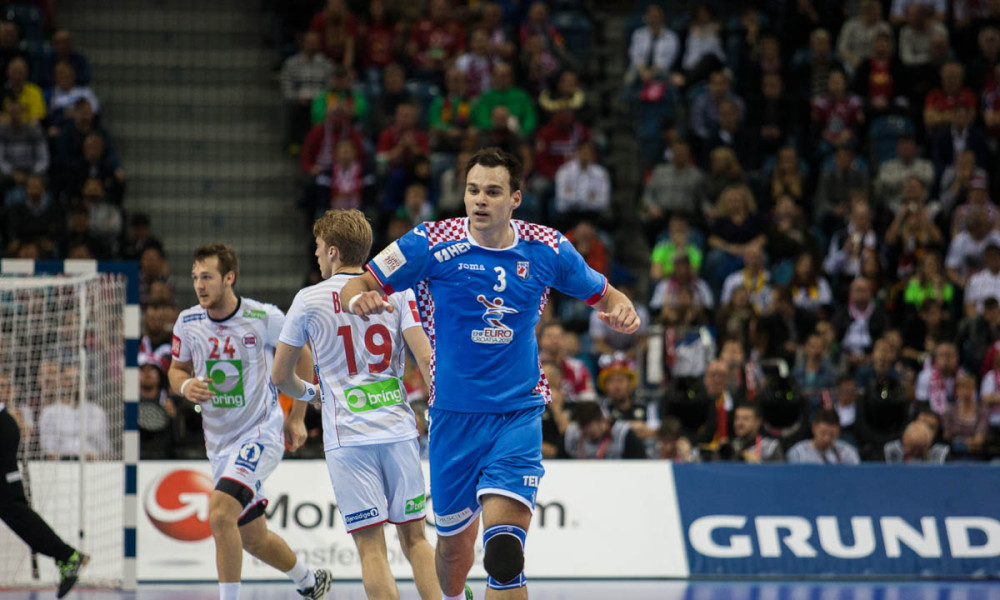 This is the match of the loser teams of the two semifinals, so they could be disappointed but they might be also super motivated because they have still a chance to get a medal in this amazing close race this tournament was.

Norway could win their first medal ever on the men side and I think that this young team do not need more motivation than that.

Croatia has already some medals, but their new team, with young and talented players,  need also a boost for the future and this could a medal do for sure.

On the other hand both teams know that they are qualified directly for next year’s World Championship in France, otherwise the loser here will meet Slovenia in playoffs.

The two teams had already played a game in the group phase earlier than Norway managed to get the victory 34-31.

The match seemed to be very balanced until 6-6 (14.minute) when Croatia pushed on the acceleration and took a four goals lead 6 – 10. Croatian goalkeeper Stevanovic had a good period in the goal, but Norwegian Erevik had no problems either on the other side of the court. The biggest problems for Berge and his team seemed to be the offensive phase, making lots of mistakes and turnovers. 6-11 was the biggest difference, but Jøndal and Tønneseen scored to reduce 8-11.

Croatia managed to keep the difference in the last minutes of the first half, going to pause with a four-goal lead.

Second part of the semifinal has brought some fast Norwegian reducing goals, 16-17. Sagosen, Myrhol, Bjørnsen and Ervik made a goos start for Scandinavians, 5-2 in this period. 17-17 after 40 minutes of play, but Croatia and Duvnjak made it to 17-19. Norway came close several times, 17-18, 20-21, but Croatia had answer every time and did not let the opponent to equalize.

With two missed seven meters Norway had not the luck on their side, or Stevanovic had just a brilliant day in the goal.

The energy tanks of the Norwegian team just seemed to run out of power , and Croatia increased the lead to 21-25 when were eight minutes to go of the bronze match.The Croatians managed to keep the lead and take the bronze onece again.