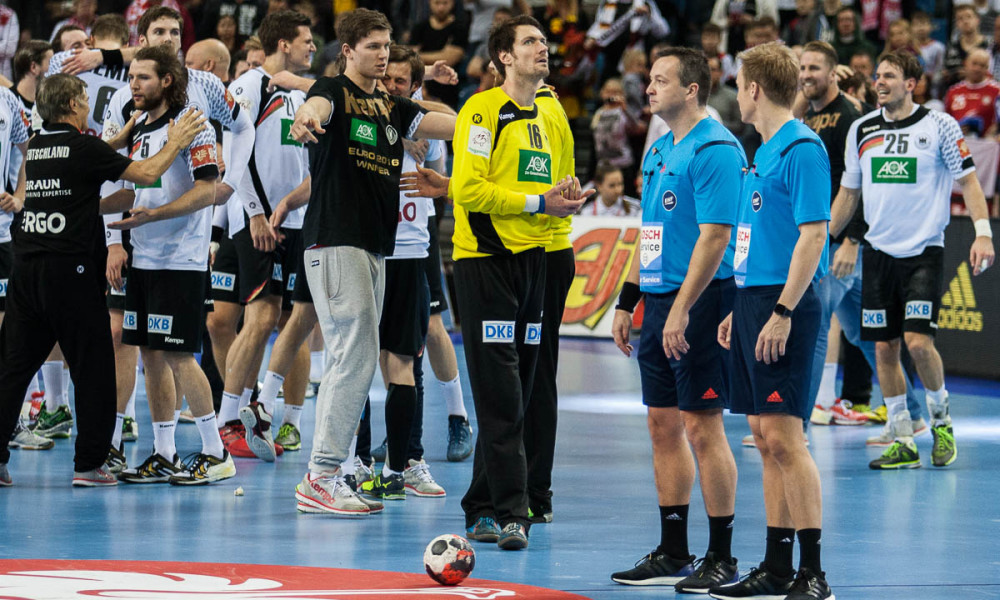 It’s been quite a while now since Carsten Lichtlein is part of the German national team. For more than 15 years he has lived the highs and the lows, often being the third-choice keeper, first watching Henning Fritz, later Johannes Bitter and controversial backstopper Silvio Heinevetter being in the spotlight. He started the EHF EURO 2016 being Dagur Sigurdsson’s number one, but Andreas Wolff stunned the handball world with numerous outstanding performances and Carsten Lichtlein was downgroaded to the back-up role once more. But the 35-year old didn’t care because his main goal was making it to the 2016 Rio Olympics.

“In 2004 and 2008 I didn’t make the roster, in 2012 we didn’t qualify. I always wanted to be part of this great adventure, it’s a dream come true. Now I just have to make sure that Dagur will call me, otherwise all the hard work was useless. But I’m ready for Rio, it’s incredible we qualified by winning this tournament. Now we can relax a little bit, celebrate this championship and get back to the ground, because we still have to finish the season before we can think of hopping onto the plane to Brazil. At the moment I’m just extremely proud of this young team, this is the biggest upset in international handball in the last 15 or 20 years.”

Wolff: “I told you so from the beginning”
Sigurdsson: “My players did an amazing job”