He travels between USA, Puerto Rico, Mexico and other places to develop handball. Let’s meet him! 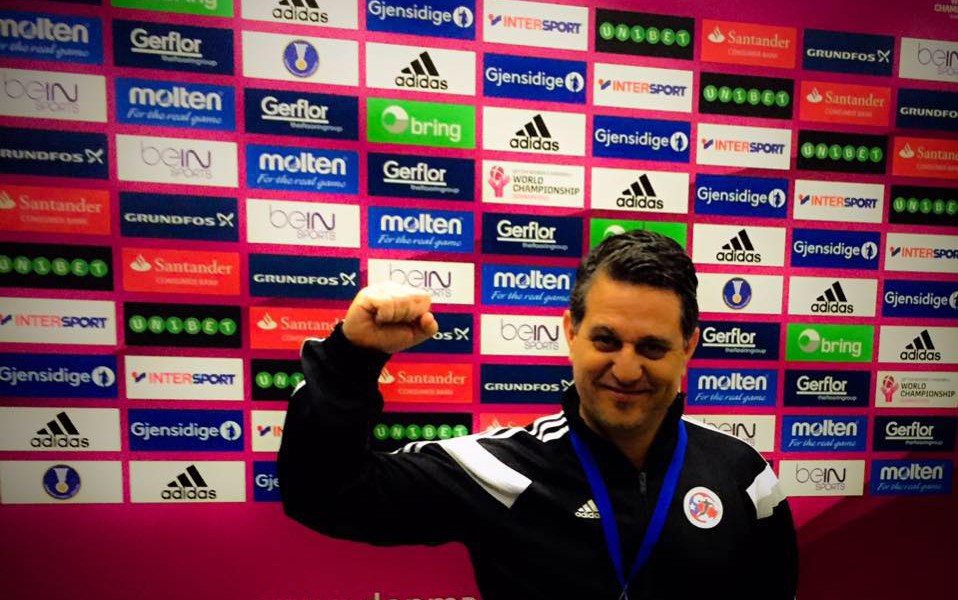 He travels between USA, Puerto Rico, Mexico and other places to develop handball. Let’s meet him!

Julio Sainz comes from Cuba, the main reference of high level Handball in Central and North America. He had worked with the sport his home country, coached teams in the United States and joined the Puerto Rican staff for the 2015 Women’s World Championship. Julio talked about his experiences and shared his plans with Timeout Magazine.

When did you join Puerto Rico staff?
I have maintained a great relationship with the Puerto Rican Federation since the IHF Trophy in 2012. Nestor Milete, the President of the PUR Federation, and I became friends, almost immediately after we met in Mexico City. The other connecting dot was Camilo Estevez, whom I have known since we were in Cuba. Consequently, I facilitated the collaboration between USA Team Handball Federation and PUR in 2014, and since then our working relationship solidified. Therefore, when PUR qualified to the Championship, Coach Estevez asked me if could join their staff and help. The rest is history.

What was Puerto Rico’s objective in the World Championship?
Coach Estevez was very clear about PUR’s objective during the championship. The main objective was development and gaining international experience. The team that participated in the tournament was extremely young, with ages ranging from sixteen years old the early twenties. I personally believe that objective was met, and the victory over Kazakhstan solidified a historical participation at the world stage. The team played their heart out and their commitment to success allowed the team to rank top 20

What was the team’s best game in Denmark, in your opinion?
Without a doubt, it was our game against Kazakhstan! The team simply made history beating a better ranked team, and a country with handball’s tradition. The team played good handball, the players applied all the ideas of the game plan presented by Coach Estevez.

Playing against the world champion Norway helped you out somehow?
This is a really good question, I am a huge fan of Norwegian Women’s Handball, and I have been fortunate to watch Norway win two World Championships. However, this time, this championship felt really special. I watched the Opera in the first row, and then I got to hang out with the cast. In other words being able to shake Thorir’s hands during an official game, converse with Heidi Loke, and Camilla Herrem during the match, and watch the best handball in the world was priceless. So YES! My perspective of the game continues to be to develop teams that look as much as possible like Norway

Are you still working with Puerto Rico?
Are you kidding me? I will never stop working for Puerto Rico, even if I wanted it to. They are great friends and colleagues, so I will always be there for them, if they need me. The serious answer is that I respect Coach Estevez very much. I believe he is one of the best coaches in our region, and working with him was a great learning experience. Therefore, if ever calls me again to assist him, I will do it as long as it does not conflicts with my commitments to USATH

What are your plans?
My immediate plans are to continue to develop my professional coaching career. I will be traveling in February to American Samoa where I will be working with their federation as a lecturer, coach, and consultant for their Handball needs. Once I am back I will be working at the Global Coaching Clinic in Mexico City, and obviously I will continue to fulfill my coaching duties with the USA Women’s National team, and locally in LA, I will be coaching the Los Angeles Team Handball club.