Sigurdsson: “My players did an amazing job” 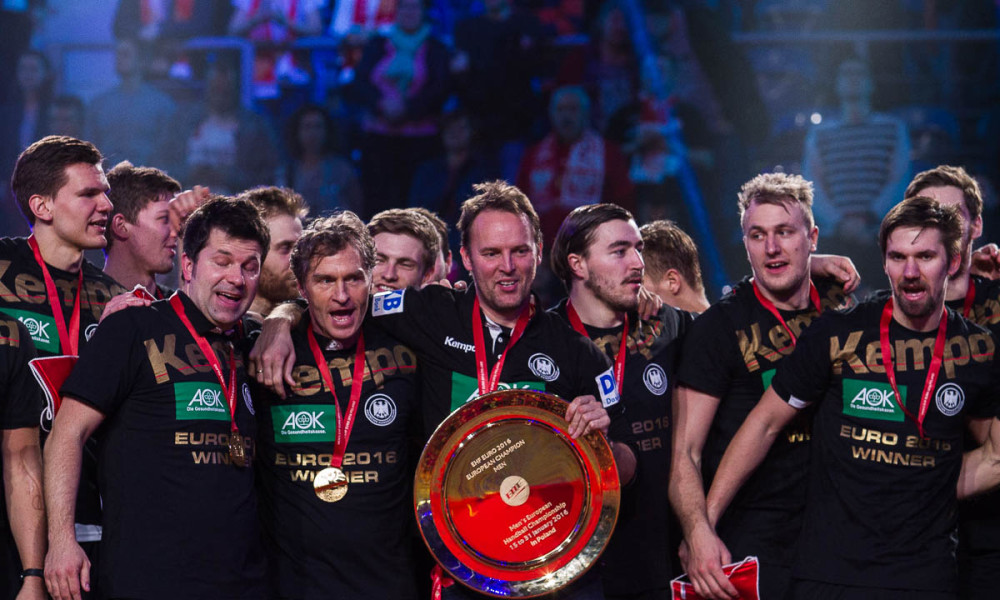 Sigurdsson: “My players did an amazing job”

Germany head coach Dagur Sigurdsson doesn’t like to talk a lot. But these days he has no choice. After leading his team to the gold medal at the EHF EURO 2016 on Sunday the Icelandic mastermind visited the Markus Lanz talk show on German TV channel ZDF. Accompanied by All-Star right-wing Tobias Reichmann he was obviously quite happy and smiling most of the time: “My players did an amazing job. I’m very proud of them. They were extremely focused, it’s very easy to work with them.”

Sigurdsson didn’t only talk handball. He was playing football on a high level until his was 18 years old, when he opted to use his talents in Iceland’s main sport. “In the winter it’s just too cold to play football outside, but recently we were building a lot of halls so football is getting bigger and bigger in Iceland. I can imagine to coach a lower level team in the future, because I know football quite well. It’s similar to work with the players, because I think it’s less about tactics, but more about the mental aspects.”

For the moment, however, his role in handball is quite set. His contract with the German handball federation expires in the summer of 2017, but is set to be extended until 2020 rather sooner than later.