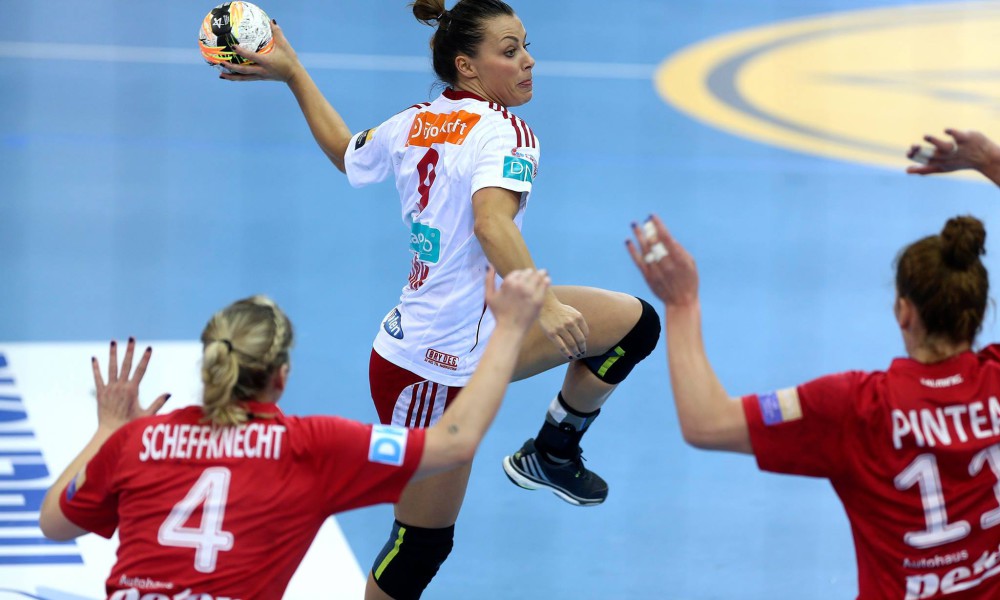 Fleury took a flyig start in the Boligmappa Arena in Larvik and took the lead against last seasons runnerup.

With a clever tactic both in defense and attcak Fleury managed to go to the break with one-goal lead 14-15. Alma Hasanic had a weaker day in Larvik’s goal, meanwhile De Paula had a great performance in French goal.

In the second hald Larvik had the chance with several occasions to get back into the game, but Fleury managed to stay strong, keep the lead, increase the gap and win the game by five goals difference. Sandra Toft was back for Larvik, with a protection helm on her head, bt even she was not enough to save Larvik’s day.

Larvik HK put themselves in a difficult situation with this defeat, they are in a close race now with Fleury and Baia Mare to get a berth in the next stage of competition, the quarter-finals.

“I am very disappointed after this game, we lost because we were not good enough today. The opponent was better in every elements of the game today, than us,  we did not managed to set our defense, their backplayers were very quick and has different movements, the lineplayers are big and strong, we were prepared but  we could not solve the problem when it comes to stop them.

“In addition we had many clear chances we could not score on, so we have a lot of things to improve on for the next match.

“Nora Mörk made a fantastic game, but as a team we did not exist.

“I am very happy to be able to ein this game on Larvik’s homecourt, I think that is crazy. We did a very good job as a team, every player contributed a little and our goalkeeper was fantastic today.

“We made a good game, and Larvik had a weaker day today, but anyway to win here is a huge achievment.”