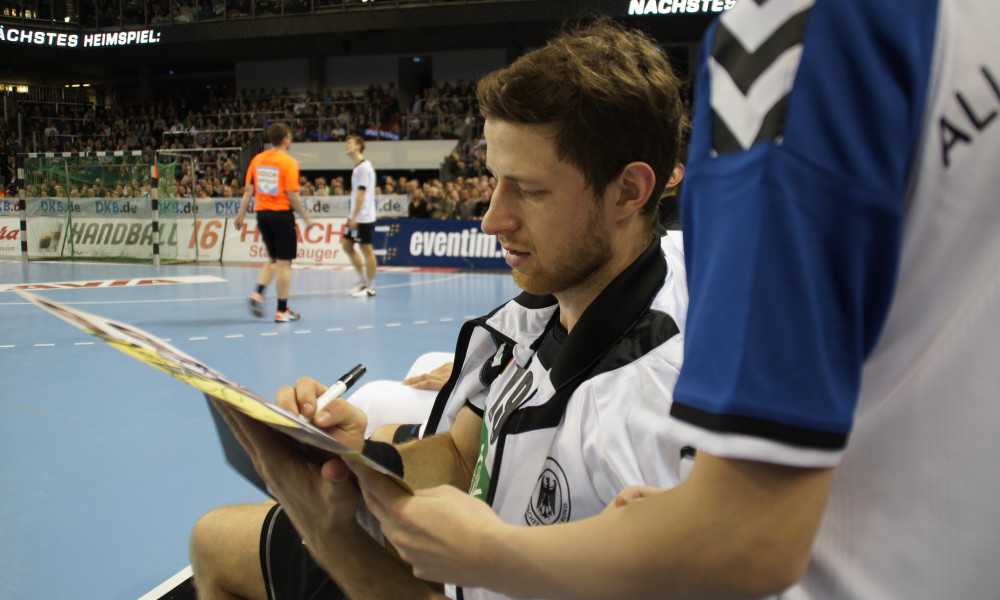 The annual All-Star game of the DKB Handball-Bundesliga took place in Nürnberg on Friday in front of a sell-out crowd of 7.622 crazy fans. The EHF EURO 2016 winner Germany faced a selection of league All-Stars led by Swiss playmaker Andy Schmid, Danish goalkeeper Niklas Landin and Swedish shooter Kim Ekdahl du Rietz. The game finished in a 36:36-tie, but the result was far from important. When the German team was introduced the players were celebrated by the crowd with standing ovations for several minutes.

Martin Strobel, one of the veterans of the newly-crowned European champion, got goosebumps once again: “It’s amagzing to see what we have accomplished last week. We made a lot of people happy. An event like this shows how great this sport is and how many people love handball.” Now it’s up to the league to use the hype and make sure handball will be established as the number two team sport behind football. As the current domestic television deal with Sport1 expires after next season, the German title couldn’t have come at a better time.