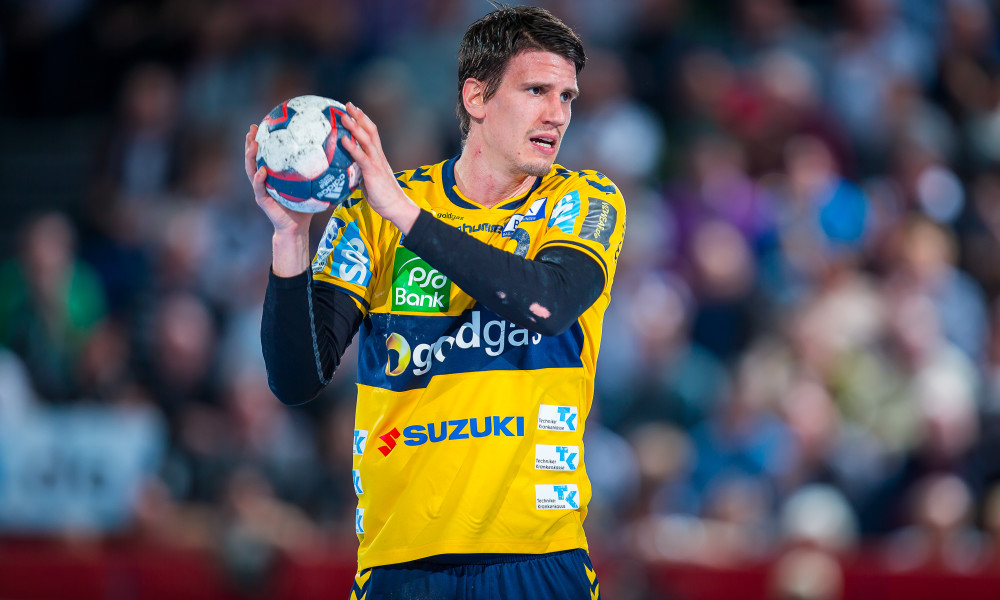 The Bundesliga is back and so is Andy Schmid. The Swiss playmaker of the Rhein-Neckar Löwen was able to rest after Switzerland was eliminated from the World Championship qualification in the middle of January, while most players were in action in Poland during the EHF EURO 2016. It seems he used the time off quite well. In the Champions League against Vardar (28:27) on Thursday he scored ten times, today away against Frisch Auf Göppingen he added one more goal on route to an easy 26:19 (13:9) victory.

However, backup goalkeeper Borko Ristovksi made a huge difference as well, as he came in to replace starter Mikael Appelgren, who had to leave the court because of a two-minute penalty. Ristovski came on and saved five of six shots, including four wide-open shots from the Göppingen wingers. While the guests would have won the game anyway it’s a great sign for them to see that they can rely on the Macedonian in case Appelgren won’t be his usual self against Flensburg on Wednesday, the game everybody is waiting for.