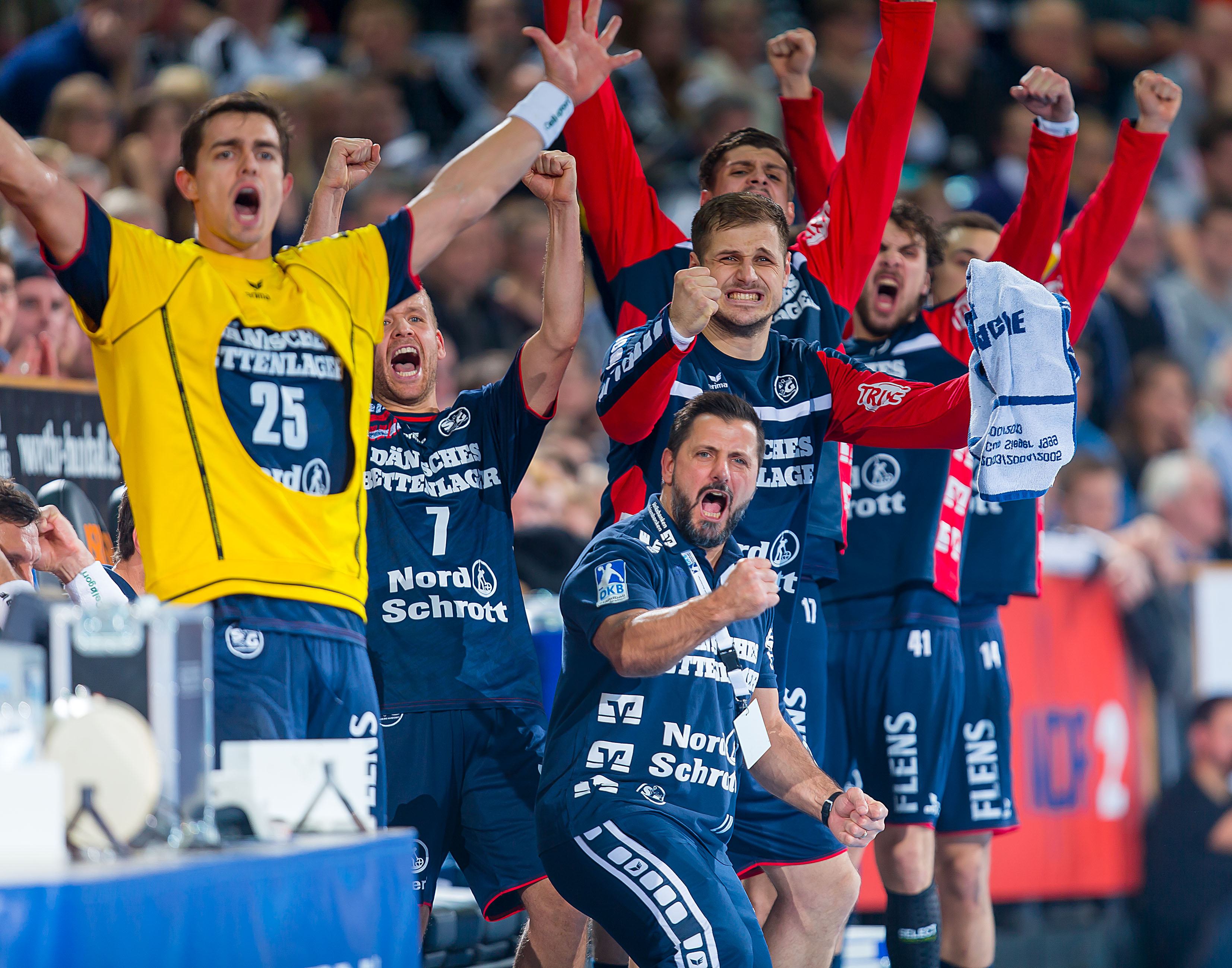 Defending cup champion SG Flensburg-Handewitt will have to beat the league-leading Rhein-Neckar Löwen if the team wants to be crowned the winners of the DHB-Pokal again. The SC Magdeburg will be heavily favored against the Bergischer HC in the second semi-final. That’s the result of the draw which took stage in the Barclaycard-Arena earlier today.

Third time’s the charme, that’s how the saying goes, as Flensburg and the Löwen will face each other for a third straight year in the semi-finals of the German cup. The SG has won the previous two meetings. Manager Dierk Schmäschke didn’t mind the opponent is currently the best in the league: “We always take what we’re offered, we already won in Kiel in the quarterfinal.” Lars Lamadé of the lions wasn’t as happy: “It could have been easier, but we will try our best to make it to the final and win the cup.”

Magdeburg is facing newcomer Bergischer HC. The underdog qualified for the first time in club history. It’s no surprise that club manager Jörg Föste says: “We know our role and we will bt the big underdog!” Which lead SCM’s manager Mark-Henrik Schmedt to reply: “We are the favorites, but just on paper. The game has to be played first.”