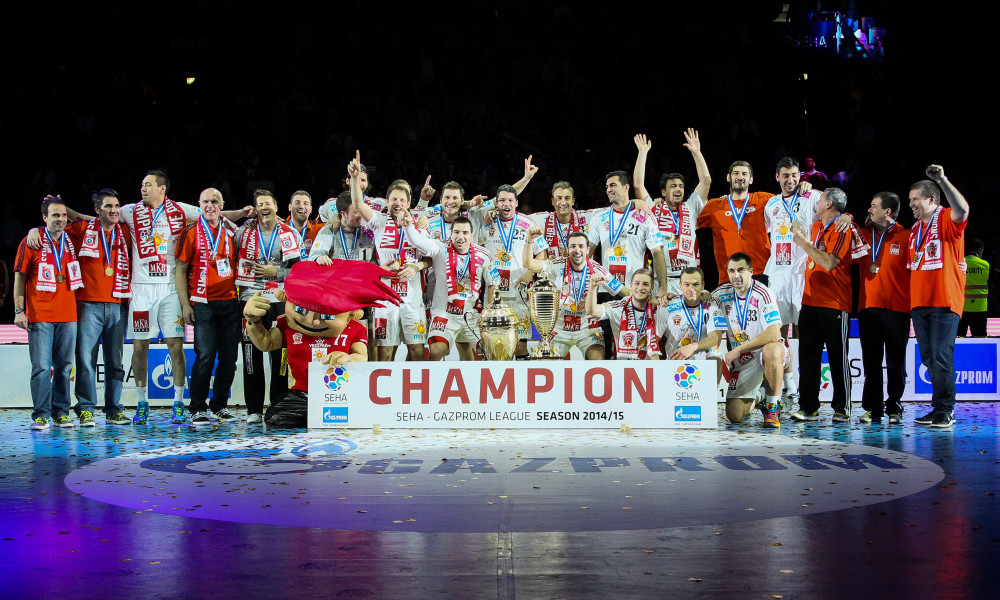 SEHA – Gazprom League is counting down the days until the “Final 4”. Reigning champion Veszprem, Vardar, PPD Zagreb and Meshkov Brest have already qualified and will play for the golden medal in Varaždin, Croatia.

A bit more than 30 days left until the final encounter of the best teams in south – east Europe. It is decided, “Final 4 will take place once again in Croatia, but this time in Varaždin, from 1st to 3rd April. Veszprem, who took the title last season, qualified early for the “Final 4” with 13 victories and one draw, as well as Vardar, which has 13 victories, draw with Veszprem, and two loses. PPD Zagreb and Meshkov Brest also secured their place in Varaždin, host city of the final tournament, but still not sure who will be third and fourth on the table since they are equal with points.

It is clear where other teams stand. Slovakian champions, Tatran Prešov, are safe on fifth place while NEXE, Croatian vice-champion are holding sixth place with 22 points. On Saturday evening NEXE was on a visit in Banja Luka, where they played a tie with Borac m:tel (27:27). The same was in Serbia, where Vojvodina and Tatran finished with 26:26. Vojvodina are right behind NEXE on the Leagues table, followed by Borac and Spartak Vojput. Maks Strumica are the last team, without a winning point this season.

The upcoming match, the one between MVM Veszprem and PPD Zagreb, scheduled for Monday, 29th of February, will surely be one of the most interesting this days. Last time when these two teams played against each other, Veszprem took three points home. Zagreb had problems with injured players, but now they are back in the old tracks, missing only Luka Stepančić.

After the encounter in Veszprem, PPD Zagreb will meet Meshkov Brest in the home court and Xavi Sabate’ team will travel to Vardar aiming for a victory. Vardar performed excellent in Hungary last year in November when they played 24:24 at the end, 12:12 at half time. It’s left to see how they will play in Jane Sandanski, having Macedonian fans right behind their back.

Summed up, it’s hard to predict which team could take the gold in Varaždin. Hungarian team has perhaps a small advantage, but Vardar as well as Zagreb are capable to surprise.