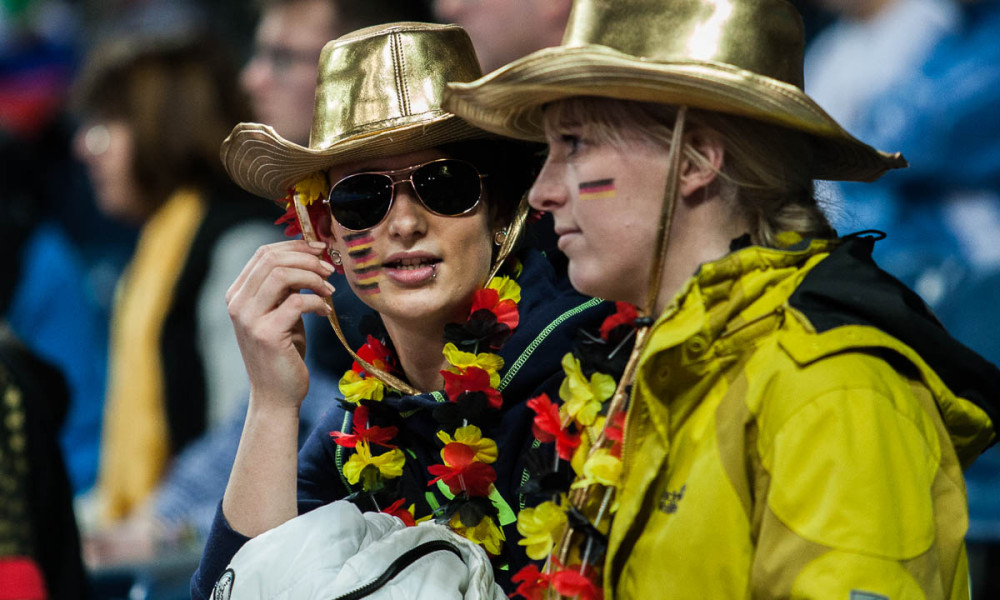 The German triumph at the recent European championship has created a big hype in the DKB Handball-Bundesliga, which has led to many sold-out games in recent weeks, after the so-called “Bad Boys” are spread around the league and raise the interest not only at home games, but also on the road. The TSV Hannover-Burgdorf released a press statement today, that the game against the SG Flensburg-Handewitt in the Swiss-Life-Hall, which holds 4.100 seats, is sold out.

The club will move into the bigger TUI-Arena for the game against the THW Kiel on Easter, and expects another sell-out, this time featuring more than 10.000 fans. The HSG Wetzlar, with three European champions on its roster, has sold out all remaining home games, while also teams from the bottom of the standings, like the TVB Stuttgart, HBW Balingen-Weilstetten or Bergischer HC have taken profit of the situation by selling out all games since the league continued in mid-February.

It remains to be seen if the trend continues in the next months. Frank Bohmann, CEO of the DKB Handball-Bundesliga, is quite optimistic: “We all have to work hard to make sure that the kids and teenagers will come to the games, but I’m very sure we will do much better than in 2007, when Germany won the world championship.” The current TV deal with Sport1, which runs until the end of next season, couldn’t expire at a better time. Major news are expected later this year as rumors persist that a new broadcaster will acquire the rights.