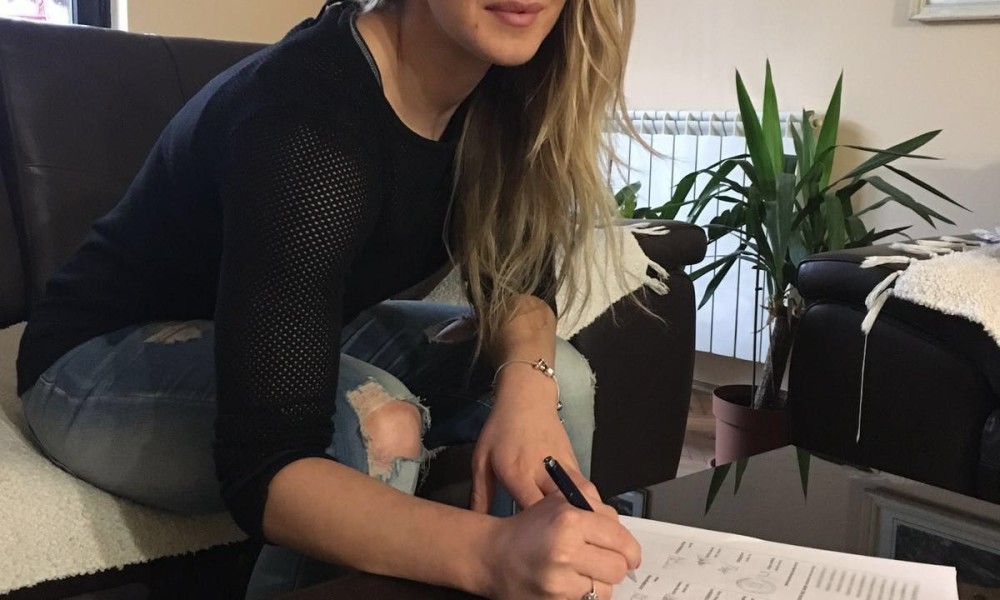 Romanian club CSM Bucuresti has announced today on th club’s homepage a new transfer. As we wrote earlier in our transfer news, Montenegrin left wing, Majda Mehmedovic moves to Romania after this season.

The 25 years left wing has signed a 2 years agreement with the Romanian champions and she will replace on that position Danish Maria Fisker, who returns to her country to Randers HK.

CSM Bucuresti has to another left wingers, Romanian Iulia Puscasu and Brazilian Fernanda Franca de Silva, but there are no information about their contract extension yet.

Majda Mehmedovic, about the transfer:

” I am very excited about moving to another country, another city and a new club. It will be for sure a great experience, but I know that it will be difficult without my family and friends. Anyway I hope to have a good time in Bucharest and I know that we will achieve great results together.”

“Transfering Majda is the part of a plan which will continue with transfering other players from the same part of Europe. We would like to copy the already succesfull teams in Europe in terms of professionality, fighting spirit and devotion. We have as example for us two teams from Balcan- Buducnost and Vardar.

“We have a decided number of top players in Europe, and these players are moving from a club to another between the first eight best clubs in Europe. This was the case of Majda as well, who was looking for a team which will surely play in Champions League for the next season too.”