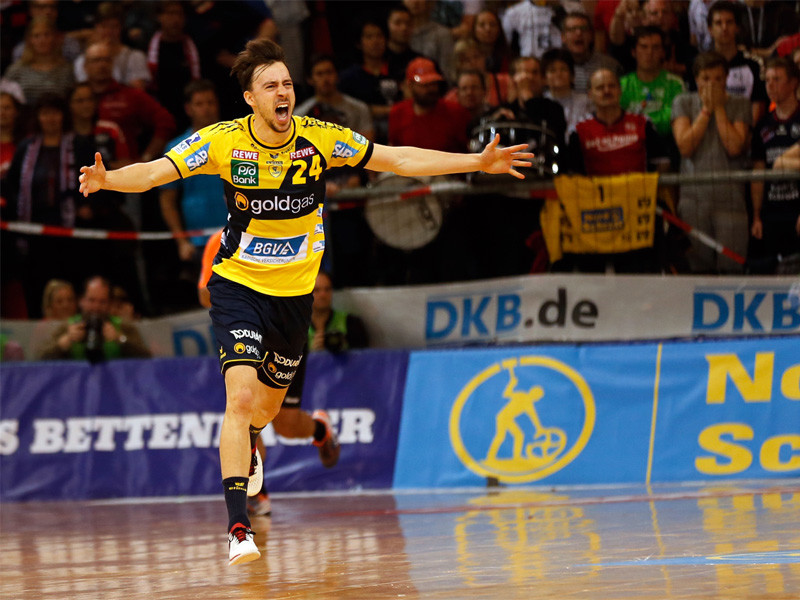 The Rhein-Neckar Löwen regained the league lead on Thursday evening with an easy 34-24 (16-12) win against MT Melsungen, a team which has become some sort of fierce rival, as both sides faced each other for a fourth time this season and for the second time within the last eight days. Andy Schmid maybe had the best perfomance of the season, scoring 13 times, while Uwe Gensheimer added nine goals, including four from the spot. The hosts had a clear advantage between the pipes, as Melsungen missed Johan Sjöstrand due to an injury. His replacement, Rene Villadsen, wasn’t up to the task. The Löwen didn’t make any prisoners and cruised to a key victory.

Flensburg wasted a 5-goal lead at the break and a 6-goal lead with 11 minutes to play at Hannover as the SG lost important ground in a 25-25 (15-10) tie against the TSV Hannover-Burgdorf. Kai Häfner, as he as done so often this season, led his team in crunchtime and scored eight goals overall to make sure his team could come back. Sven-Sören Christophersen scored the tying goal in the last minute, after Hannover went on a 7-1 run at the end of the game. Holger Glandorf scored ten times for Flensburg, which left the court in disappointment.

Statistics for Löwen against Melsungen:

Statistics for Hannover against Flensburg:

Sjöstrand to miss up to a month
BHC ends away skid, stuns Lemgo