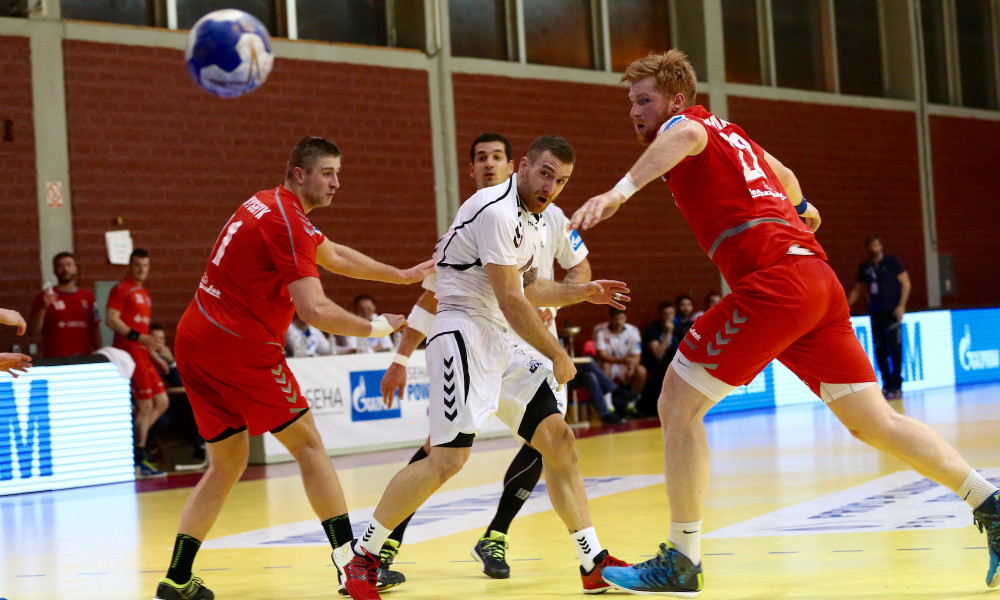 SEHA “Final 4” is getting closer and all four finalists opened the last week of regular part of the season. PPD Zagreb was celebrating on Tuesday against Meshkov Brest in Zagreb, while Vardar and MVM Veszprem split the points again.

The only question to answer on Tuesday was the one about semi-final pairs. With the victory against the Belarusian team, PPD Zagreb got an easier job in the semis. Their opponent on the road to final match will be Vardar, while Meshkov will play against reigning champion Veszprem. A bit easier task for the team of ex-handball star Veselin Vujović than the team of ‘new’ coach Sergey Bebeshko.

It was tense in sports hall Matchbox in Zagreb. Meshkov were giving a lot of trouble to the home team. They were playing goal for goal for 50 minutes when Zagreb decided to take everything in their hands. So it was. In the last ten minutes, by the result of 24:23 for the home side, Meshkov scored only once and Zagreb four times. Meshkov were tired, they lost their coach because of the red card, Ivan Stevanovic was on the other side of the court and summed up, it couldn’t be positive. Zagreb were celebrating with 28:24 in the end.

Another story was in Skopje, where Veszprem and Vardar played another great match. As in Veszprem, this match also ended with a draw (30:30). In their last encounter Vardar was a guest in Hungary and they finished with 24:24 (12:12). This time it wasn’t a tie at the halftime; Vardar had a small lead after first 30 minutes with 13:12. However, this wasn’t enough for Vardar to take a home victory. Veszprem opened the second part great, then they loosen up, Vardar came close and took the lead, but the most important part of the match were the last seconds.

Veszprem had a ball, Momir Ilić scored for 30:29, they were already celebrating, but this was not the end for Matjaz Brumen. Just a second before the final whistle Brumen found a solution and scored for 30:30. It wasn’t a deciding match. Veszprem were first on the table with this win, or without it, but for Macedonian fans, this was a real ‘must see’ match with the realistic result.

Only a day after the clash with Vardar, Veszprem travelled to Strumica where they won against Maks Strumica, the only team without a wining point this season.