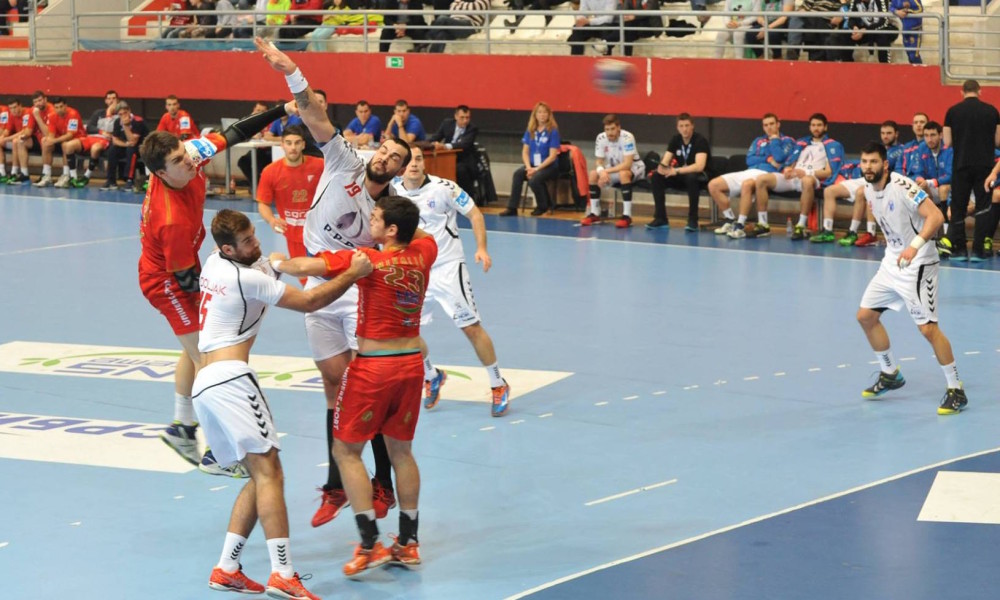 MVM Veszprem and PPD Zagreb were celebrating in their last match in the regular part of the season in SEHA – Gazprom league. With great performance Zagreb thundered through the hall in Novi Sad, while Veszprem played a very tough match against Tatran Prešov.

Veszprem arrived in Prešov tired, they missed Laszlo Nagy, Gasper Marguc and Momir Ilic, what seemed to be a big problem for the Hungarian team. With some new faces at the court, Tatran showed a great resistance against one of the best European teams.

Rastislav Trtik’s crew opened the match on a high level and showed from the beginning that they won’t be easy to beat. They played goal for goal for 20 minutes when Isaias Guardiola scored for Veszprem’s +2 (9:7), but the lead didn’t last long. After six minutes Michal Kopco scored for a tie. It was 11:11. However, Lekai, Palmarsson and Nilsson saved the situation and their team went on a break with 14:12.

Sabate saw that this won’t work and his guys came back on the court with more confidence, and after only two minutes they were already on +4 (16:12). The Hungarians held this plus until the last five minutes when Tatran scored three times in a row and came to 25:26 at the end. The last scorer was Tomas Cip.

PPD Zagreb had an easier job in Novi Sad. Vojvodina were too weak for Zagrebs offence and after 14th victory this season in SEHA, Vujovic and the team are now turning to the encounter with Rhein Neckar Löwen in 1/8 of the EHF Champions League next week.

Dobrivoje Markovic was the Zagrebs joker in the first 12 minutes with four scored goals and Vojvodina could only defend them when in attack they couldn’t do anything. After Markovic, Luka Sebetic took the main role and led his team to an advantage of +9 (21:12) at the end of the first half.

The host looked weaker in the second half than in the first. Zagreb were flying trough the court and made an advantage of 20 goals after 10 minutes. Antonijo Kovacevic was the main character now. The match ended with +16 (44:28) for Zagreb with Kovacevic scoring the last.

Vojvodina’s Nikola Arsenic was the only one who really tried everything against the Croatian champion. He scored nine goals. Better than Sebetic who scored seven and Markovic, who scored six.

Now there are only two more matches to be played until the end of the regular part of the season. Macedonian Maks Strumica is awaiting NEXE on Sunday, while Meshkov Brest will try to beat Vardar, their opponent in the Final 4 semi-final match