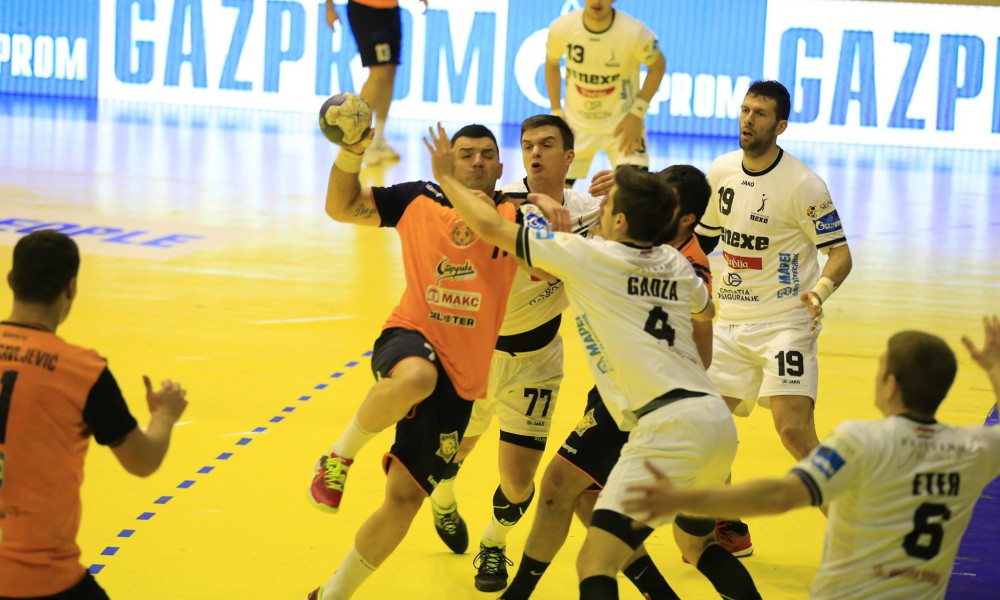 Regular part of SEHA – Gazprom League is almost over. After Nexe celebrated against Maks Strumica, the only match left to play is the one between two semifinalists, Meshkov Brest and Vardar who are now fully focused on their EHF Champions League matches next week.

Croatian vice champion Nexe signed another victory against Macedonian vice champions, against the team who haven’t win once in SEHA. Their last encounter ended with 23:17 for the Croatian side, while this one ended with bigger advantage. Nexe were celebrating with +10 (30:20) in Macedonia and Vedran Zrnic surely needs to be mentioned as he managed to score 10/10.

The first half was tense since they played goal for goal for 25 minutes. The home side had excellent Mirko Majic and away side had former Croatian national team player, Vedran Zrnic, but in the last five minutes Nexe turned things in their way. They scored three times in a row and went on +4 (13:9) two minutes before the break. The last one to shake the net was Damir Halilkovic and thanks to him guest went to the locker room with 14:10.

In the second half Majic was unrecognizable and Igor Milosavljevic took his place as a top scorer for the home team. However, this was not enough. Nexe had Albin eter, Ivan Srsen, Zrnic, Mirko Herceg and Marin Sakic scoring from every opportunity they got. In the end, they came on + 10 with the final whistle and Leo Vesligaj scoring for 30:20.

Surely worth mentioning, Zrnic scored 10/10, but 6/6 from seven meters, while Eter had 6/6. Majic was Strumica’s top scorer with 9/9 and right behind him was Milosavljevic with seven goals scored.

The last match of the regular part of the season is the one between the two semifinalists. Meshkov Brest and Vardar will play in Brest and there is also a chance that these two teams meet at the Final 4, if both win or lose in their semi-finals.