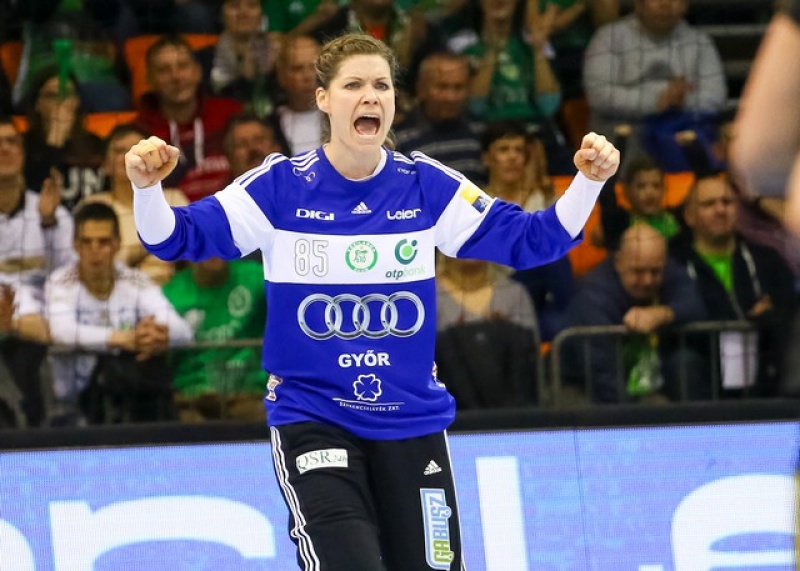 FTC is the reigning Hungarian champion, they produced big surprise last year when they managed to take the title from Győr. Last year the team did not compete in the Champions League, since they were eliminated in the qualifications, but this year they showed some good performances. The group stage was easier for them, but in the Main Round they had very oscillating matches, with victories on home court against Baia Mare and Larvik, managed to take a point from undefeated Rostov Don, than three losses against the same teams in the away encounters.

Their most dangerous player seems to be Nerea Pena, the Spaniard has a fantastic season and can help her team a lot. 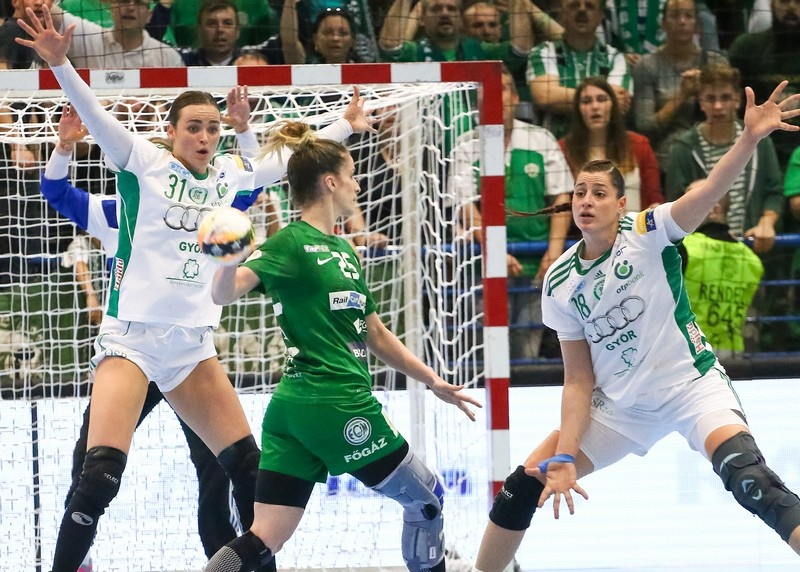 On the opposite side, Győr had to go through qualification which they managed to win in Drammen, against Glasseverket, but the group stage was some more difficult and oscillating from Ambros Martin’s team. Vardar was maybe the strongest opponent which they managed to defeat twice, bit FCM took from Győr three points.

Then injuries hit the team again, like last year, Tomori, Tóth, Bódi, Korsós and Planéta are out and Görbicz just got back from rehabilitation.

The Main Round showed that Győr has improved  a lot, players are knowing each other better now, Groot, Broch, Löke, Grimsbö and Kovacsics forming a consistent team, and Amorim is back to her old form, an important brick both in defense and attack. Beside this Sulland had shown an impressive progression on right back position and Orbán is definitely back after her bad knee injury.

The last between these two teams had been played one week ago in the domestic league than Győr managed to win by eleven goals, which is not a real difference. 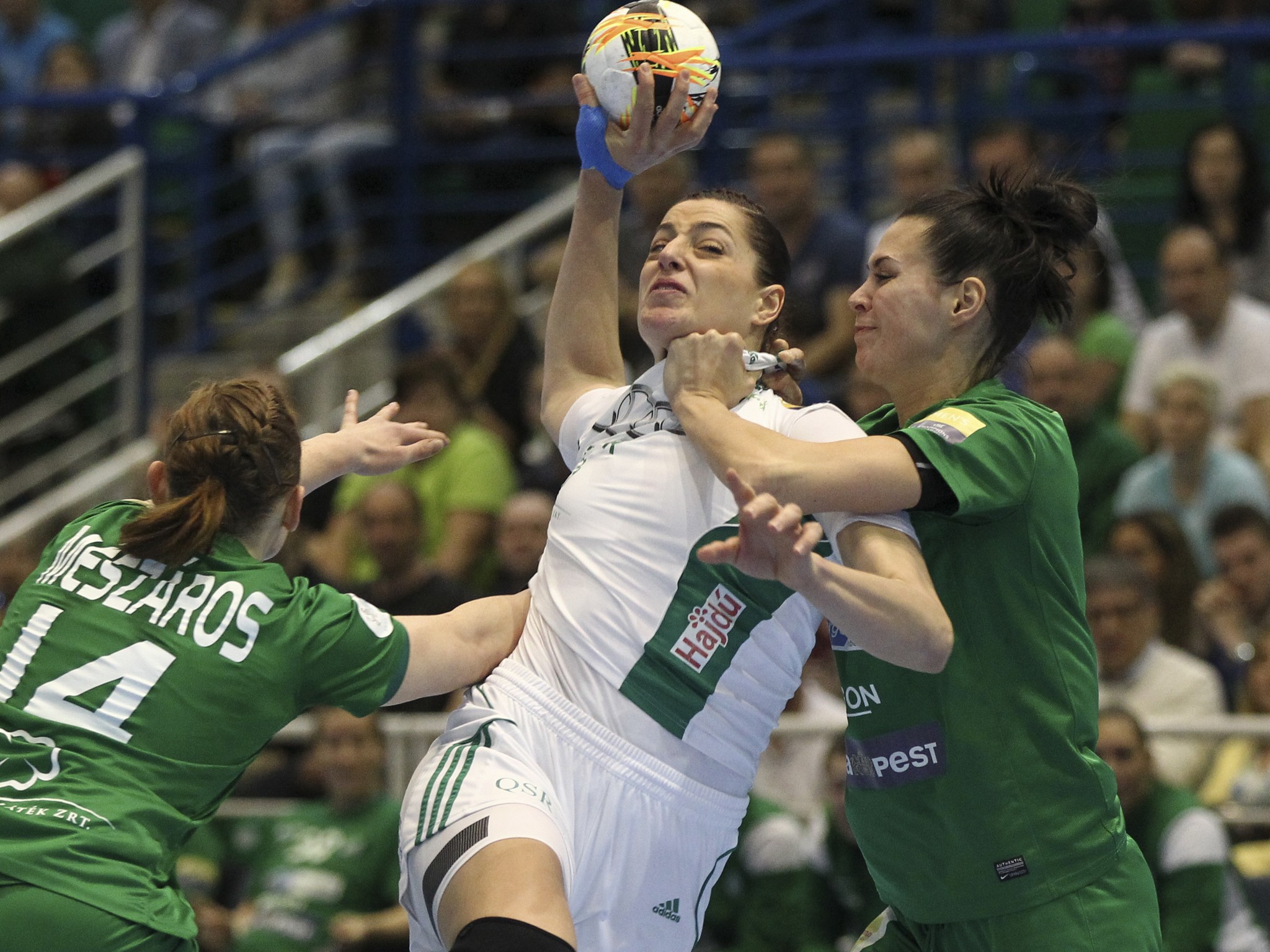 Győr started the match with confidence and managed to take the lead in the early stages of the game, 3-6 after ten minutes, this was the time for coach Elek to call his first timeout. The home team’s break was not very helpful since Győr has increased the difference to 6-10 (19.minute). Amorim and Groot were the main scorers for the guests, meanwhile, Zácsik and Shatzl for hosts.

The second FTC timeout came as well quite quickly, but Győr put some balls in the goal again, and the pressure on FTC. The team of Ambros Martin had a lead of eight goals after 25 minutes. FTC hade a better period and Pena and company managed to reduce the gap 12-16, but in the dying minutes, Kovacsics scored fro a five-goal lead in favour of Gyor. Halftime: 12-17.

FTC hade a better period, Pena and company managed to reduce the gap to 12-16, but in the dying minutes of the first half, Anikó Kovacsics scored for a five-goal lead in favour of Győr. Halftime: 12-17. 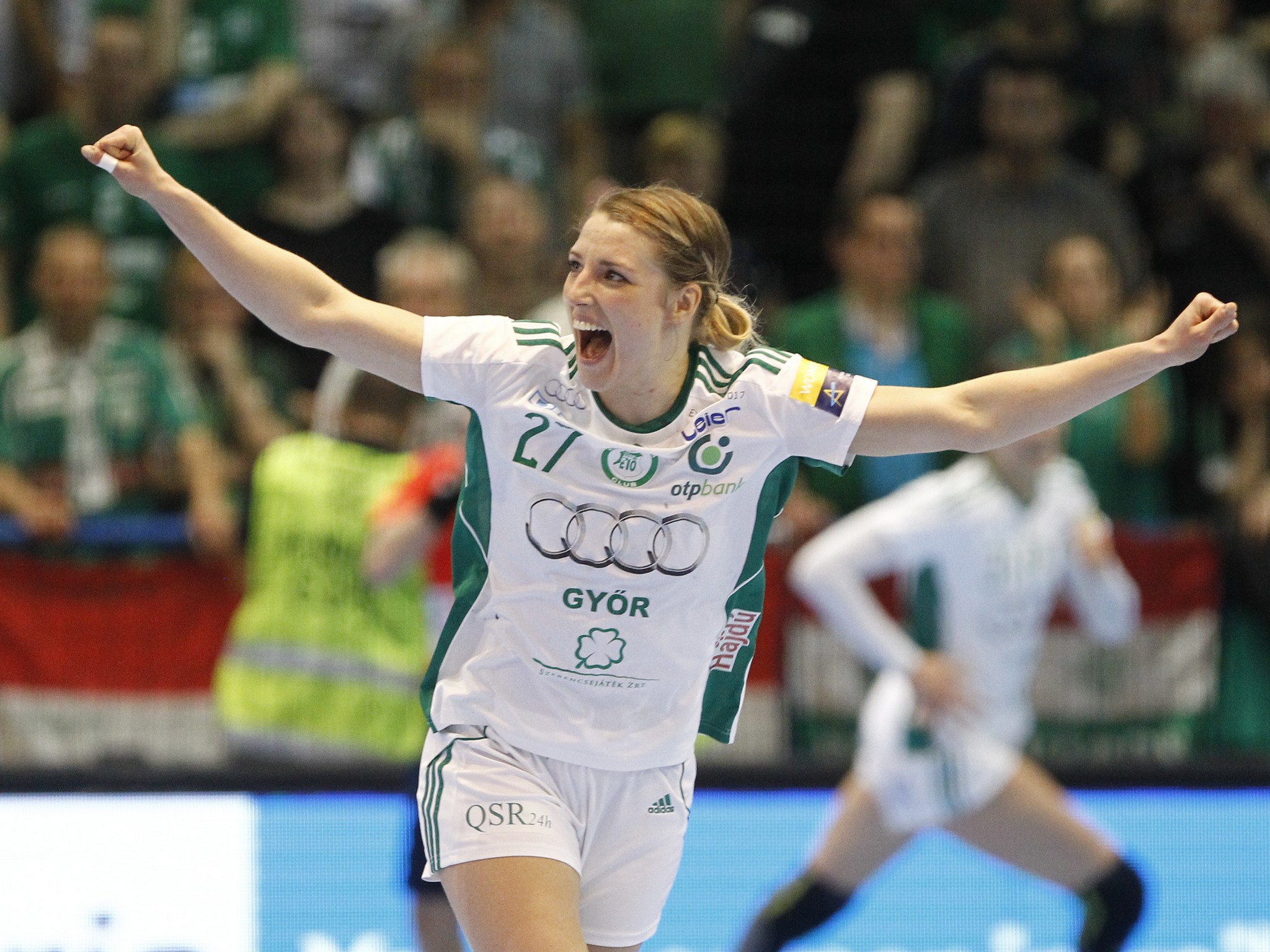 In the second half, Győr has continued the series of goals , Løke, Sulland from seven-meter line twice and Amorim has also netted for guests, meanwhile, FTC had problems both in defence and attack. 14-23 was the result after 43 minutes of play and Győr seemed to not stop at all. Løke scoring on numerous

14-23 was the result after 43 minutes of play and Győr seemed to not be willing to stop at all. Løke was scoring on numerous fastbreaks and Kari Aalvik Grimsbø continued the first-half performance in the goal when she saved 45% of the opponents attacks. She ended up on 50% saving performance at the end of the game.

Nerea Pena made everything to get her team closer to the opponent, scoring several times, but Győr has decided to not give any chance to FTC in this encounter.

Buducnost clear win against Baia Mare
Heidi Løke: “We knew that we have to run a lot, run very fast and we did it”