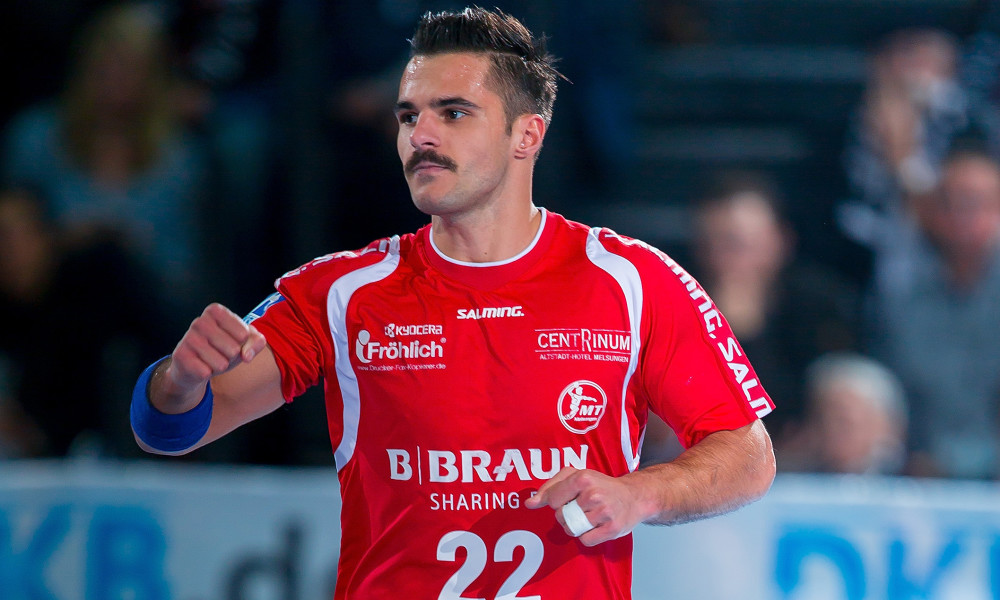 The MT Melsungen has signed two of its key players to a contract extension. Dutch left-wing Jeffrey Boomhower, one of the most popular players with the fans of the club, has signed until the summer of 2018. His former deal was about to expire after next season. Michael Allendorf, the starter on his position, has extended his contract even further, until the summer of 2019.

For him the contract extension is a sign of both sides willing to work together for an even longer time. He joined the team in 2010, when he was 23 years old. “It’s anything but usual to get such a long-term deal. And I have to admit that I was thinking about an offer from the Rhein-Neckar Löwen. But when I was thinking about the whole situation and the perspective we have, then my choice was quite obvious,” he said after putting pen to paper.

Boomhower, on the other hand, has his girlfriend playing nearby, which also played into his decision, as he is not getting as much playing time as he would love to. “Sure, I’d like to play more, that’s obvious. But the offer was more than fair and I’m anything but done here. We have a very good team and the club want’s to qualify for the Champions League in the near future and I want to be part of it,” the 27-year old said.