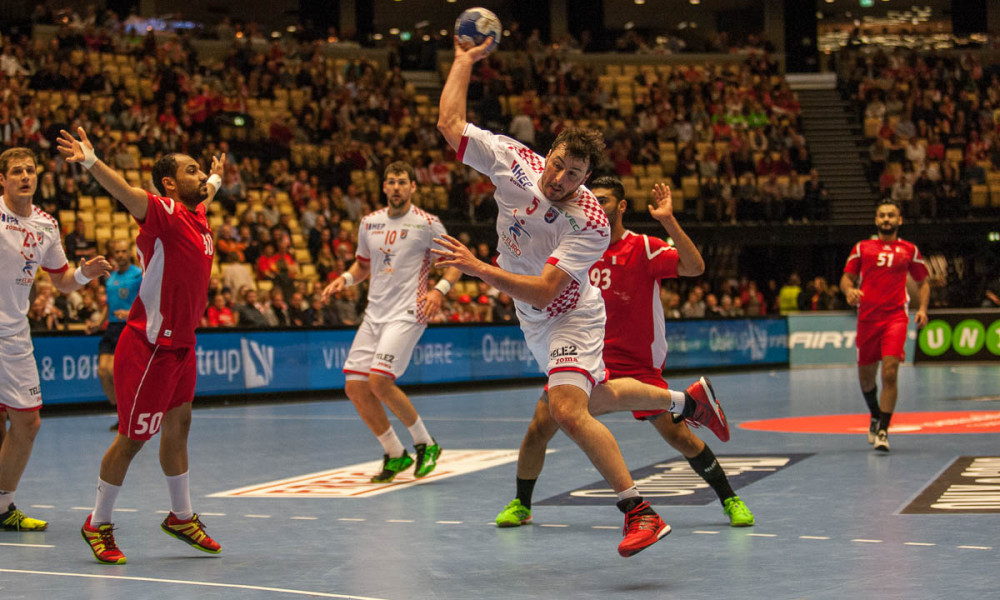 Both Croatia and Bahrain were in critical situation after both teams lost each their match Friday. If the dream of Rio still should be a possibillity two points had to be won in this match.

In the first half Bahrain seemed to have a small chance to get their two points. Both teams followed each other, but in the middle of the half Bahrai nmanaged to get a small lead before Croatia equalized the score in the las minute of the half and could go to half time with some self coinfidence.

In the second half we got to see more expected development of the match. Croatia in more control of the match and slowly building up a lead that were more and more impossible to catch up with for Bahrain. After 60 minutes Croatia could go off the court with two points and the dream of a place in Rio still in sight.