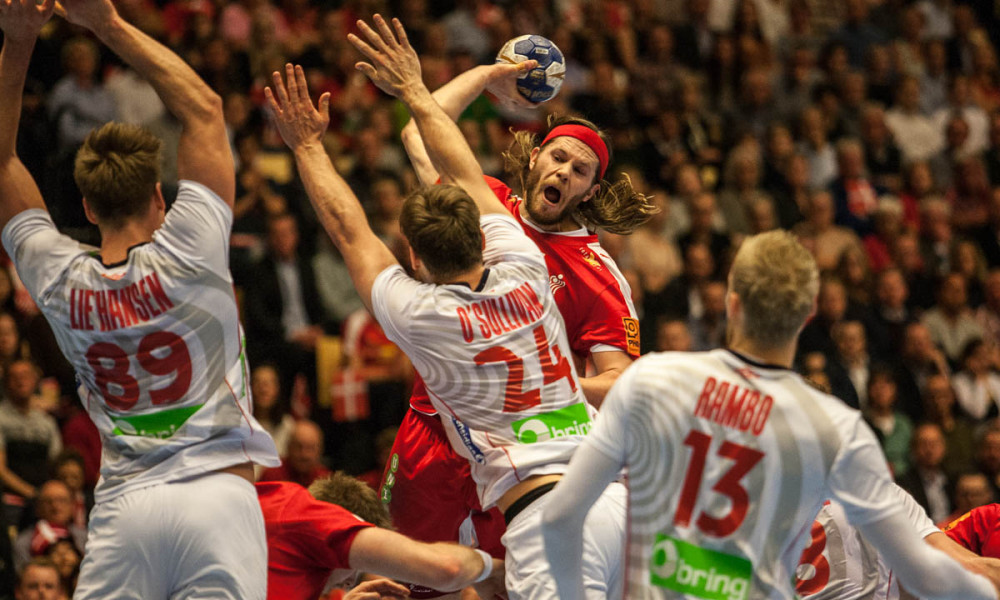 In a sold out Jyske Bank Boxen in Herning, Denmark, the Scandinavian battle become as exciting as it could be.

Both team eager to go to Rio in August, and to get there both team needed two points in Saturday evenings match. Both teams gave it all, and there were never more than one to two goals between them during the whole match.

Norway had an advantage with one goal more to half time, 13-12, but in the end both team were equal and the match ended 25-25.

First half ended with a free throw to Denmark, and as usual Mikkel Hansen were the executor. Norway put their defense up in a wall, but that didn’t stop Mikkel Hansen – and he scored!!! 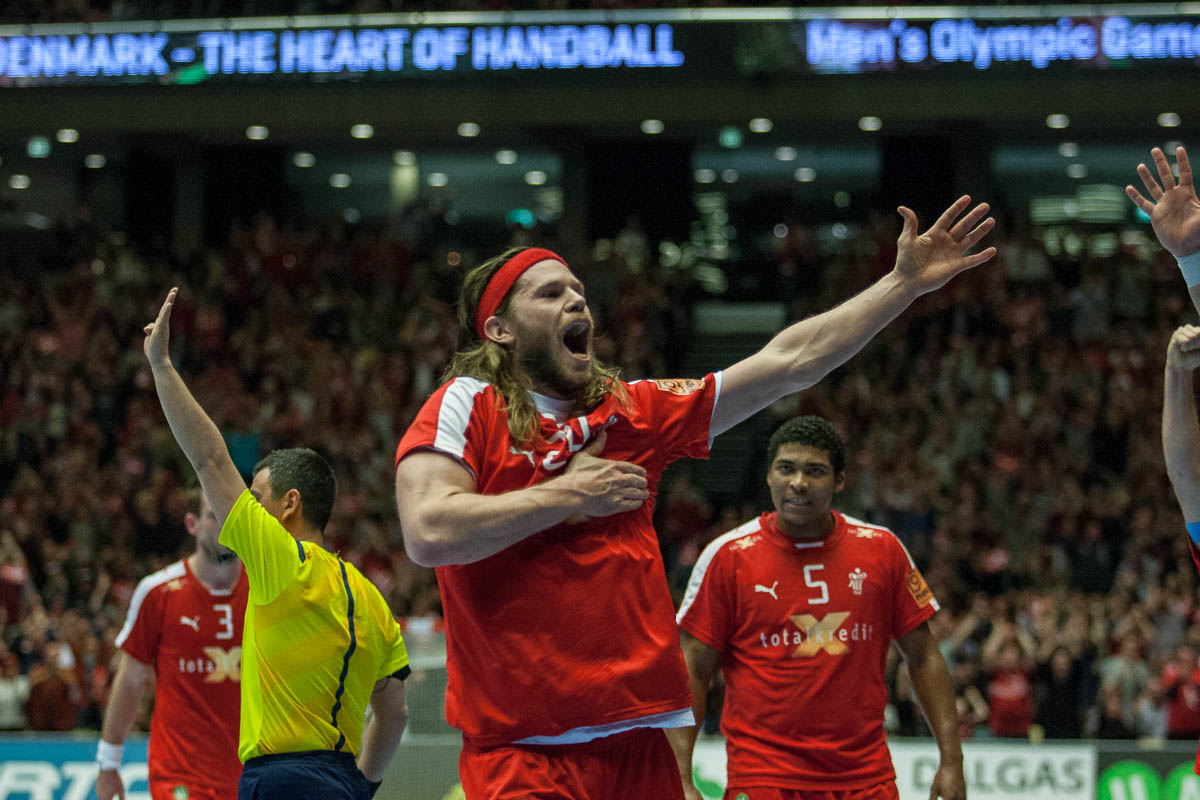 Mikkel Hansen showed a lot of affection after scoring on a direct free throw in the end of first half against Norway. | Photo: Bjørn Kenneth Muggerud

Croatia still in the play for a place in Rio after defeating Bahrain
Poland, Tunisia qualify for Rio games