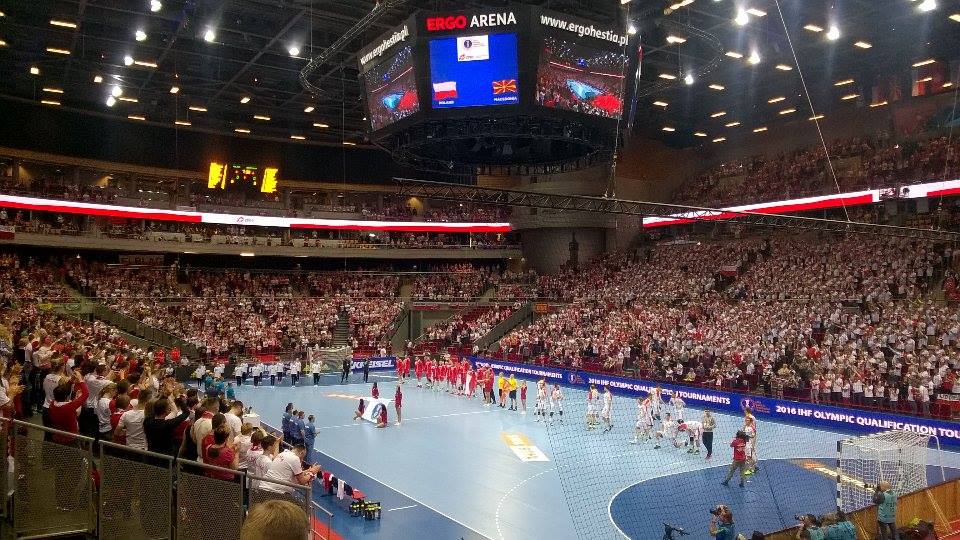 In front of 10.000 fans in Gdansk Poland cruised to an easy 25:20 (13:9) win against Macedonia in the first game under the helm of Talant Dushebajev, the former worldclass player and current coach of Polish league side KS Vive Kielce, almost making sure of a berth at the Olympic games in Rio de Janeiro.

Przemyslaw Krajewski was put in a playmaker role by his new coach in a move that surprised many, but it totally paid off as he scored four times and caused a lot of trouble for the Macedonian defense. Earlier yesterday Tunisia was able to beat Chile 35-29 (17-12).

Today both Poland and Tunisia can book their ticket to Brazil if both sides beat their respective opponents. While the tournament hosts will face Chile, Tunisia will play against Macedonia and needs to improve if it wants to stun the favorites.